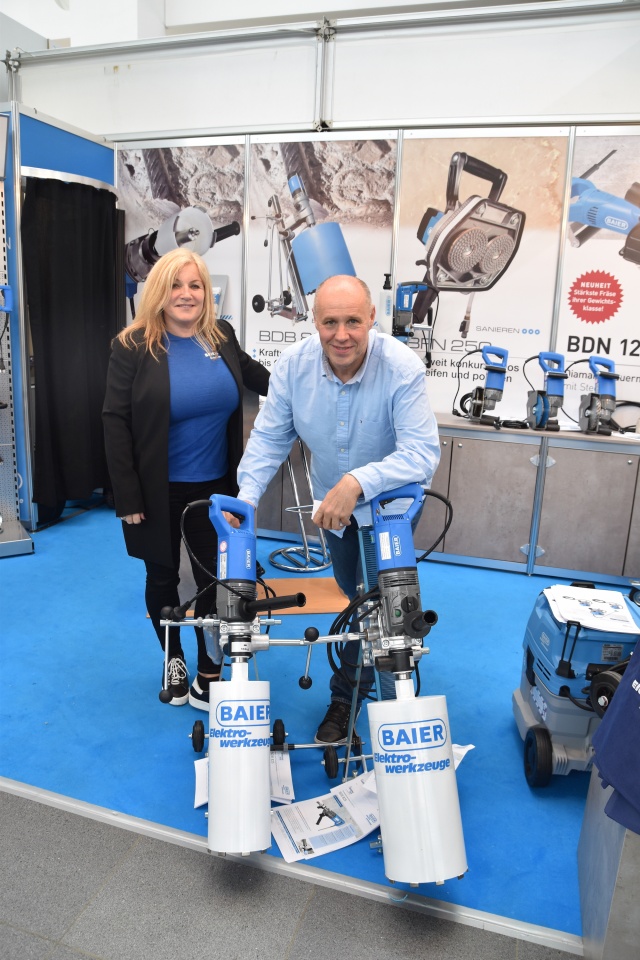 A powerhouse of a woman

The future belongs to women. That much is obvious. Already today there is not a single profession in which women haven’t successfully equalled or surpassed men. Even such traditionally male oriented industries such as concrete sawing and demolition cannot buck the trend, with women in these businesses now equally good at steering both excavators and companies. Brigitte Peterson, the managing director of US based GSS International is a living and breathing example of it. Andrei Bushmarin reports.

Located in Citrus Heights, California, GSS International is a sales and service outfit that represents Baier Tools - a worldwide recognised manufacturer of concrete cutting and drilling systems based out of Stuttgart. Baier is currently represented in some 60 countries all over the globe, with North America being one of its most profitable overseas markets. This is a direct result of the tireless efforts Brigitte Peterson and her team have been putting into promoting the German company on the American continent.

Born in 1960 in Ludwigshafen, an industrial city on the river Rhine, Brigitte Peterson has had sporting blood running through her veins since day one. When Brigitte was in her twenties, she won the German bodybuilding championship while coming third in Europe. It was also thanks to a sport, squash to be precise, that she met her future collaborator Thomas Schwab, the general manager of Baier Tools. When her sporting career started to wind down, Brigitte moved into business, taking up various managerial positions, mostly associated with sales. With her winning personality, Brigitte never had any problem connecting with people, which is a key quality in a sales person.

1990 was a watershed year in Brigitte’s life. She married an American and moved to live with him in the United States. She had a string of various jobs there, but a wholly new chapter in her career began in 2015 when GSS International was established as a Baier Tools sales channel in the US. It was Brigitte’s first encounter with concrete sawing and drilling but, as anybody from the industry will tell you, people come into this business from all walks of life. Brigitte’s extensive sales experience came very handy in her new role as CEO and sales manager for the USA, Canada and Mexico. Her first-hand knowledge of both the German and American mind-set was another factor in the rapid growth of the fledgling company, with GSS standing for ‘German Solutions for Success’.

Construction is a woman’s job

When asked if she ever felt any negativity from her male peers, Brigitte says that it was exactly the opposite – all the people she has met so far in the industry have been very encouraging and supportive. She believes that women should not be afraid of choosing a career in construction as most women are born communicators, with the industry being all about communication and interpersonal skills.

Service is the key to success

Although the offering of a high quality reliable product is a prerequisite for any successful supplier of construction machinery, it is the after sales service and support that makes all the difference. According to Brigitte Peterson, this is particularly evident in the Unites States where people are used to top notch service. At the moment the Baier brand is better recognised on the West Coast, which is probably related to the fact that GSS is based in California. The most sought after Baier machines include the 11 blade channel cutter, dry coring system and a range of mixers. To spread awareness about Baier solutions, the GSS team (which consists of four sales people besides Brigitte) exhibits at every ‘World of Concrete’ trade show and regularly arranges and attends open house events across the continent.