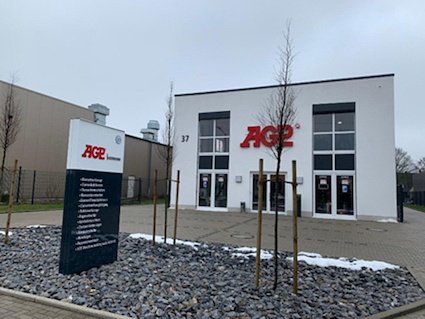 AGP: a power that comes from the East

The concrete cutting and drilling industry’s landscape is noticeably changing. An increasing number of suppliers from oriental countries have gate crashed the European party, successfully competing not only on price, but also on quality. Lee Yeong Industrial Co. - a Taiwan based manufacturer of sawing, drilling and grinding machinery, trading under the brand name AGP - is an up and coming player with the potential to make some serious waves in the industry. Andrei Bushmarin reports.

Taiwan enjoys a hard won reputation of having a well-developed economy and a highly skilled and educated workforce. Known as one of the ‘Four Asian Tigers’ (along with South Korea, Hong Kong and Singapore), the country underwent a period of explosive industrial growth in the second part of the 20th century, which made it a major player not only in East Asia, but also globally. Historically, the island’s closest neighbours China and Japan have significantly contributed to shaping the modern Taiwan. One of the most telling examples of such influence being Taiwan’s educational system, which is largely based on the Japanese model. A vibrant technology based export driven economy is the logical result of this approach.

Lee Yeong Industrial Co. was founded by Hsieh Pan-Chong in October 1989 in the city of Douliu.  An alumnus of the National Taiwan University of Science and Technology, aka Taiwan Tech ( the country’s most prestigious technical school), he graduated magna cum laude in electrical engineering in 1985, and was immediately snapped up by a prominent power tools manufacturer to work in its R&D department. Four years later, having learnt the ropes of the business, he went on to start his own manufacturing company with capital of some €28,500 and only two employees. Lee Yeong’s first product launched into the domestic market under the brand name AGP was a variable speed electric drill for general construction applications.

The fledgling company got off to a good start, growing by leaps and bounds in its first decade. Taiwan’s construction market was booming in the mid 1990s, fuelling demand for machinery and tools. For local contractors however, imported brands were largely unaffordable, whereas domestically produced equipment was not reliable and durable enough. That situation created a perfect window of opportunity for AGP. Soon the industry grapevine was abuzz about the young manufacturer that offered high quality power tools at very competitive prices. The other signature product group that underpinned AGP’s progress in its formative years was metalworking tools, in particular magnetic core drills. In 1994, the Taiwanese company was riding high on the wave of success, leading to the acquiring of a 1,600m2 facility in the Douliu Industrial Zone to accommodate growing production.

The dawn of the new millennium was a very rewarding time for AGP. In early 2003, its brand new auto feed magnetic drilling machine ME-3500 won the 11th Taiwan ‘Excellence Award’. In October of the same year, Taiwan’s Ministry of Economic Affairs bestowed a ‘Good Design Award Certificate’ on AGP’s EV-52 dual speed mixer. Two years later, the TP2000 hybrid magnetic drilling and tapping machine was recognised with a ‘Superior Design Certificate’ by the Ministry of Economic Affairs. With production volumes constantly on the rise, the Douliu factory, further expanded in 2007, was no longer enough, leading to the company acquiring a 36,000m2 lot located at the Yunlin Technology Industrial Park where it relocated all of its manufacturing facilities in 2012.

Export oriented from the beginning

Given the very small size of the domestic Taiwanese market, all successful businesses in the country are export oriented. This applies to AGP, that almost from the very beginning began to supply its machinery overseas, first to neighbouring Southeast Asian states, and then to mainland Europe, the UK and North America. Today the Taiwanese company sells all over the globe, with Antarctica remaining the only continent still unfamiliar with AGP’s cutting and drilling solutions. As well as the Douliu headquarters, the manufacturer operates two subsidiaries in Europe: AGP Europe located in Erpe-Mere, Belgium, and AGP Germany based in Bochum.

It is customary in Taiwan for a company to market its products under a purposefully chosen brand name. AGP stands for ‘all get profit’. The philosophy behind the slogan is that a company can only grow sustainably if all interested parties - upstream suppliers, employees, dealers and end users – get good value from their dealings with it. This remains the underlying principle as the company evolves with time. If in the past AGP’s strongest suit was metalworking tools, today it is concrete cutting and drilling equipment that generates most turnover. The headquarters cum manufacturing facility in Douliu, staffed by 180 personnel, boasts a large R&D centre to allow the Taiwanese producer to react quickly to the latest market trends. True to his professional calling, AGP’s owner Hsieh Pan-Chong is still personally involved in the designing of every new product. The company prides itself on its engineering capabilities and constantly strives to increase productivity by introducing cutting edge manufacturing techniques. A firm believer in the potential of high frequency technology, AGP will be showcasing at bauma a new line of brushless drill motors, along with its well proven ring saws, wall chasers and concrete grinders.