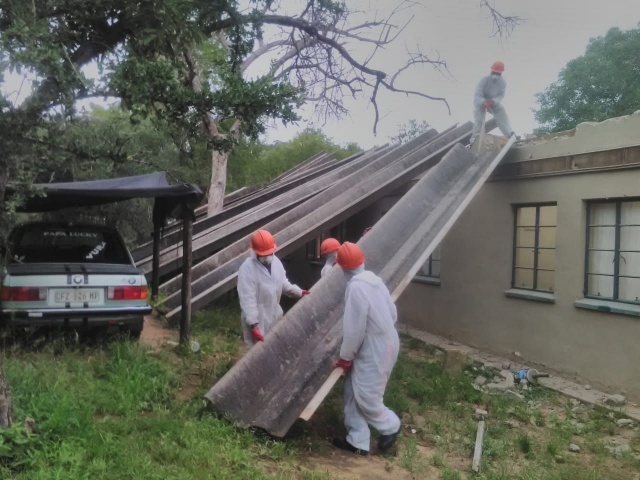 South Africa’s planned phasing out of asbestos, has encountered many delays, with no work being done since 2015 in some areas, reports PDi’s Kevin Mayhew.

The use of asbestos, which South Africa declared unlawful in 1994, and began phasing out, meant thousands of abodes, schools and commercial and industrial structures, and even hospitals and clinics nationwide, have had to have asbestos elements replaced with more benign materials and the asbestos destroyed in an expensive process.

The banning of asbestos is due to it being a carcinogen which has afflicted unsuspecting victims since its large scale introduction in the 1950s. It was used particularly in basic and cheap mass housing by the then apartheid regime’s black population. These ubiquitous ‘matchbox houses’ were used in many townships; the most famous of which is Soweto, south of Johannesburg, where Nelson Mandela lived when practicing as a lawyer prior to his arrest and incarceration for 27 years.

Despite it being stated that finance is in place for the asbestos removal, it is reported that no work has been undertaken for nigh on five years in some provinces.  This is of great disappointment to the growing South African demolition industry, which is ready, eager and willing to undertake the removal work in order to protect some of the most vulnerable and impoverished people in South Africa.