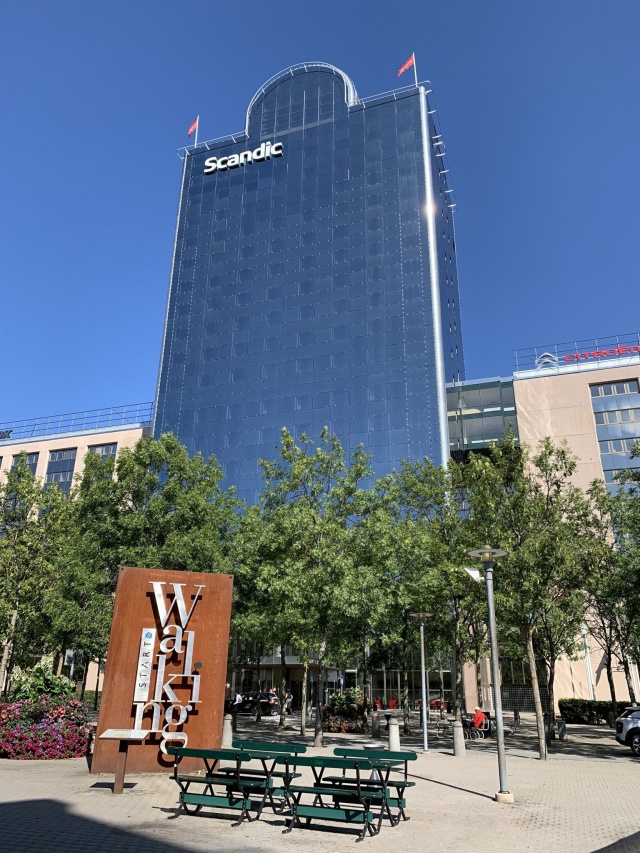 Demcon finally back after a four year wait

Northern Europe's largest show for demolition, recycling, remediation, concrete cutting, grinding and polishing of concrete floors and much more is back. Demcon is set to take place 24-25 November, 2022, at Infra City in Bredden north of Stockholm, Sweden.

After four long years, it is once again time for the Demcon trade show. The last time the show was held was in the autumn of 2018. According to tradition, the show should have been held in September 2020. The pandemic intervened and meant that the show had to be moved forward like so many other shows, first to September 2021, and now, 2022.

One month after bauma

When bauma was rearranged from its usual April slot to October, it was decided to move Demcon back a month. “Demcon has always been in September, ever since the 1990s. Often Demcon has coincided with bauma but we have never been before the German fair. We found it sensible to put Demcon back a month so as to occur after bauma. Therefore, Demcon 2022 has been moved to the dates 24-25 November,” says Jan Hermansson, project manager for Demcon.

Although bauma is likely to be a little smaller than normal, it will attract many visitors with lots of new products on display. It is hoped that many of these new products will also be shown to a Scandinavian audience at Demcon. After a four year wait, interest in Demcon is high and, as usual, the show is fully booked. This year, however, the outdoor stands will be limited due to the Swedish weather in November. One exhibitor who has chosen to also have an outdoor stand for demonstrations is Drome which has also has the fair's largest indoor stand.

Accompanying this article is a list of this year's Demcon exhibitors. Many well-known names are included, but also some that have not previously exhibited at the show. These include Flex Scandinavia, which markets a range of different machines and aids for, among other things, drilling, grinding and polishing. Also new to the show is Moldex Nordic, which provides various types of protective equipment for work in construction and remediation. Rototilt, the manufacturer of tiltrotators and quick coupling equipment for, among other things, demolition tools is also a first time exhibitor.

Also new at this year's fair is Fieldly, which develops software programmes for concrete cutting contractors to facilitate daily work. Another new exhibitor is the Big Group, which markets the new diamond tool brand Dimas in Sweden. They also have a range of other products for demolition, concrete cutting, remediation and grinding and polishing of concrete floors in their range. Another first time exhibitor is Blinken Tools, which markets American company Gssi’s ground penetrating radar systems, in Sweden. Gssi's products comprise of concrete scanning equipment that effectively tells you what the concrete contains before drilling or sawing begins. DL Maskin is also exhibiting for the first time and will feature Montabert and Rotar's range of hydraulic hammers and hydraulic tools for demolition, recycling and scrap handling. Exhibiting for the first time since the 1990s is German company Kiesel's Swedish subsidiary, Kiesel Scandinavia. The company markets, among other things, a range of products for dust control, demolition, recycling and scrap work from Dehaco, Genesis and others.

Two Indian diamond tool manufacturers have also chosen Demcon to help market their tool ranges in the Nordic market, Dee Tec and Hi Tech Tools & Technologies. Another interesting exhibitor, also from India, is IDA and Demtech. IDA stands for Indian Demolition Association whilst Demtech is a similar fair to Demcon but focused on the Indian market. Representatives from IDA and Demtech will be providing information on the annual meeting and trade show which is to be held in Bengaluru, India on 15-16 September 2023.

Nordic manufacturers have proved keen to exhibit at Demcon with the company Kendrill, which specializes in the rental of demolition robots, concrete cracking and concrete cutting equipment in the Nordic region, being a first time exhibitor. Other new exhibitors include Powertools, which markets different types of cracking equipment for concrete, stone and more, and Leif Karlsson Entreprenad, which, among other things, distributes Italian company Italdem scrap shears and demolition equipment.

An effect of the pandemic has been to greatly reduce opportunities for suppliers to visit their customers; this has created a pent up need for investment for, above all, larger machines and equipment. There have also been four years of limited opportunities to show and demonstrate product innovations. During the two intensive high quality show days, visitors will thus be eager to see what is new to the market. With the bauma show just a month before, there will certainly be a great deal of new products and services to see at Demcon.

Many Swedish contractors PDi has spoken to during state that they have decided not to visit bauma this year for several reasons. The pandemic and the state of infection is still something that haunts people's minds, but also the current economic situation, with greatly increased prices for most things, is also having an effect. Even Germany has high levels of inflation which has seen rises to the costs of exhibiting, hotel prices, stand building etc. Demcon therefore provides the ideal event for businesses to find out about the latest industry developments but closer to home. The organisers are also hoping to see many visitors from the other Nordic and Baltic countries, although it is certain that there won’t be many visitors from Russia.

Supported by the industry associations

As usual, Demcon is supported by the trade organisation Byggnadsberedning (BFB), which is a joint trade association for Sweden's demolition workers, cleaners and concrete cutters. BFB will gather for its autumn meeting alongside Demcon. The show is also supported by the international umbrella organisation IACDS, which consists of industry associations for concrete drilling around the world. Demcon is also supported by the European Demolition Association, EDA. The latter two associations will have representatives at the show. It should be mentioned that the BFB at the end of 2021 chose to leave both IACDS and EDA.

Demcon party and award of the Swedish Demolition Award

According to tradition, an industry dinner is arranged on the Thursday evening of the first show day, called the Demconkalaset. The dinner consists of both manufacturers and businesses active in the industry provided with the opportunity to come together in a more relaxed manner. Just before dinner, BFB provides networking and social opportunities in the foyer outside the dining room. It has proved to be a popular event, attracting many who will not be at the dinner.

All in all, Demcon, 24-25 November at Infra City in Bredden, north of Stockholm, is set to provide two interesting industry days. Make sure not to miss them.