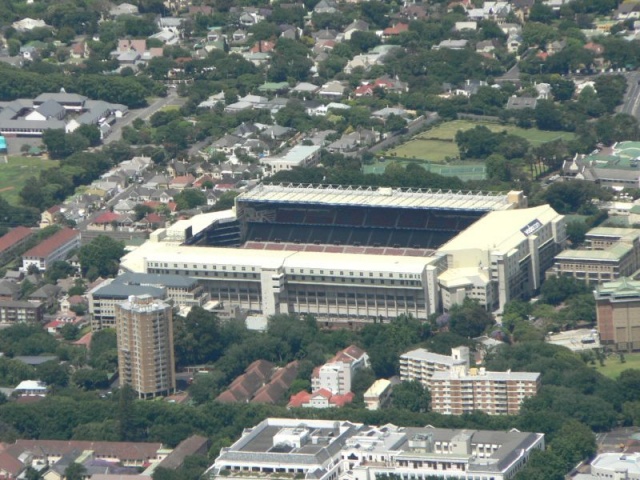 Nestled below the towering Table Mountain, one of the natural wonders of the world, the iconic Newlands Stadium will be no more. Rugby will henceforth be played at the new Cape Town Stadium, built to meet the needs of the Soccer World Cup staged in South Africa in 2010. Newlands Rugby Stadium is to be demolished in 2021 to make way for residential and retail developments in a multimillion euro deal between the Western Province Rugby Football Union (WPRFU) and a local bank. However, everything is shrouded in secrecy and confirmation of anything relating to the deal is not forthcoming. The nature of the demolition, implosion or mechanical, is also unknown.

The 50,000 seater stadium was built in 1888 but has not kept pace with modern standards according to reports. The Cape Town Stadium, viewed by some as a white elephant, does host major sporting events and musical events.  These include a World Rugby Sevens Series pool and football matches involving Cape Town City FC, Stellenbosch FC and others.

In December 2014 WPRFU rejected a proposed move away from Newlands, but the consensus was that it was only a matter of time before the shift transpired. For the rugby fans of Cape Town Newlands (which lies alongside the equally famous Newlands cricket ground) it is a highly emotional issue. To give some perspective of its legacy, the first official match at Newlands kicked off on 31 May 1890 when Stellenbosch Rugby Club defeated Villagers RFC in front of a crowd of about 2,400 people. In 1891 the stadium hosted its first rugby test match when the British Lions (British and Irish combined team) toured South Africa.

After 1990 the stadium underwent a string of renovations, adding technology, increasing capacity and upgrading facilities in a three phase redevelopment plan in anticipation of the 1995 Rugby World Cup. This saw Newlands hosting the opening match of the tournament between the Springboks (South Africa) and Wallabies (Australia).  South Africa won to start its path to lifting the Webb Ellis Trophy as world champions.

Newlands has been traditionally regarded as among the best rugby grounds in the world, combining intimate seating, a beautiful view of Table Mountain, and a great atmosphere, both inside and outside of the ground.