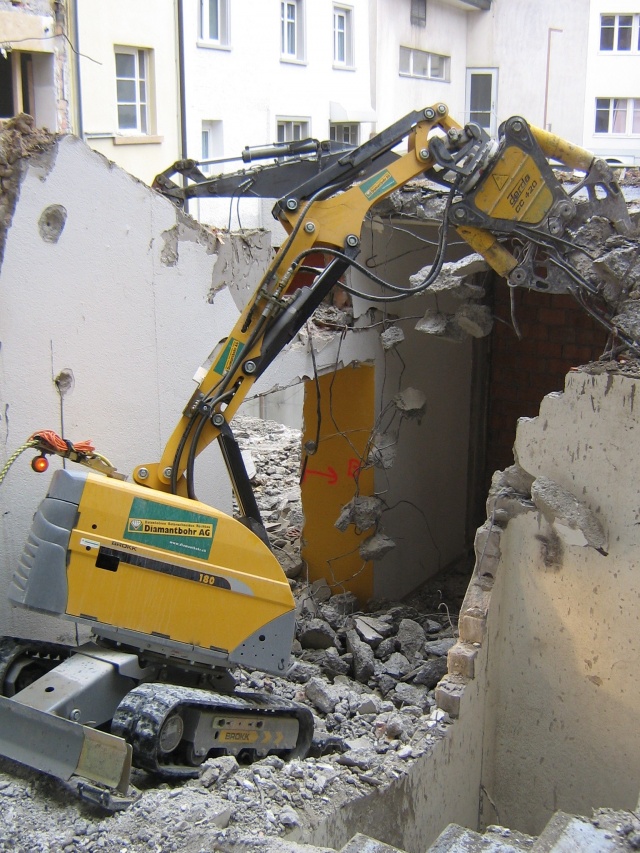 Diamantbohr on course for Germany

Diamantbohr is Europe’s biggest concrete sawing and drilling contractor and will celebrate its 45th anniversary next year. It has a very strong foothold in Switzerland and is now setting its sights on increasing its presence in Germany. Jan Hermansson reports.

Switzerland may be a small country in Europe, but it has by far the most vibrant concrete cutting industry. The Swiss concrete sawing and drilling association founded almost 30 years ago currently has 100 members, although there are about 300 concrete cutting firms in the country. Diamantbohr is a member and is considered to be Europe’s largest concrete cutting firm and one of the biggest worldwide.

The head office for Diamantbohr is in the village of Buchs in the northern part of Switzerland, but has subsidiaries in France, Germany and Austria. Turn over for 2015 is estimated at €55M and has 250 employees, including about 30 in France, 60 in Germany and around 5 in Austria. The remained are based in Switzerland in 15 branches and head office. Diamantbohr has seven branches in other countries.

Diamantbohr chief executive is Philippe Wingeier and is also president of the Swiss Concrete Sawing and Drilling Association for the past three years and on its board for five years. Since April this year he is one of the two vice presidents for the International Association of Concrete Drillers and Sawers.

Wingeier said that the market situation in Switzerland is still good and on a very high level. However, he believes that the competition is hard with tough pricing. “What makes us competitive though is that we possesses a very high competence in this narrow field where we work, plus our fleet is always up to date with the right and the most efficient equipment,” said Wingeier.

Diamantbohr concentrate in offering concrete sawing and drilling services, demolition services with remotely controlled demolition robots, anchor drilling, water proofing and stabilisation work. The machine and equipment fleet is continuously updated and no machine is normally older then six years. Annual investment is between €1.8M to €2.2M and staff are continuously trained in new methods and new machines.

In Swiss market Diamantbohr has reached its growth limit and is more a question of keeping their market share. In Germany, Austria and France they have a good potential to grow bigger. Most of the current focus is becoming bigger in Germany and open more branches throughout the country. Already Diamantbohr has a strong foothold in the Southern part of Germany. The general construction sector is where they carry out most of jobs in all markets, but the plan is to become bigger within different industrial sectors, such as nuclear power, power plants and infrastructure projects.

“When it comes to the Swiss market I think we have an advantage compared to other large concrete cutters in the neighbouring countries,” said Wingeier. “Switzerland is small and it is easy to move people and equipment from one part of the country to another. Another thing is due to Swiss legislation it is very difficult for foreign companies to come to Switzerland and carry out work. But for Swiss companies it is quite easy to take on jobs for instance Germany.”

Diamantbohr has an impressive range of equipment and have about 220 equipped service vans with an operator. They have about 200 sets of wall saws. There are still some hydraulic wall saws but will be replaced by high frequency equipment. The majority of wall saws are Tyrolit Hydrostress, Hilti and Pentruder. They have about 50 electric floor saws and a hand full of diesel driven units. Each service van also has at least two core drill systems. The drill motors are mainly from Hilti and Weka.

Demolition work with remotely controlled robots is a common service for Diamantbohr and has been for years. The have a number of well trained operators and so far they are only using Brokk robots, but some Husqvarna attachments, like the new Husqvarna crushers. The Brokk fleet contains about 42 robots in all the different sizes.

The Dutchman Henrique de Jong and Willi Authenried founded Diamantbohr in 1971.  Later  Authenried took over the company and expanded the operation to its current size. Authenried is one of the founders of the Swiss concrete cutting association. Authenried sold Diamantbohr Group to Frutiger Group, which is a Swiss construction conglomerate, in Thun and is now retired. The Frutiger Group is one of the five biggest construction companies in Switzerland and has a turnover of  €815M with over 2800 employees.

Wingeier has been with the Frutiger Group for 10 years, including the five years with Diamantbohr. “It was really a great honour for me to be offered the position of chief executive at Diamantbohr. I enjoy my work as is very challenging. Together with my staff also am able to work very independently. For me it feels almost like running my own company,” said Wingeier.

Wingeier also enjoys his role as one of the two vice presidents of IACDS. “I very much enjoy attending the IACDS meetings. The biggest purpose for this organisation, as I see it, is to stimulate young people to start to work in the concrete cutting industry,” said Wingeier. “We need young and ambitions people to bring this industry forward. They also must be informed that there are various educations today that the national member associations offer. Another purpose for IACDS is to be a networking hub where ideas are exchanged between the different members and national associations. However, what I don’t believe in is for IACDS to set up a concrete cutting standard for different working methods. I believe each country or region is too different from each other. But there can be recommendations and examples on how the standards and working patterns are in each country. And the information about this should be spread by IACDS.”