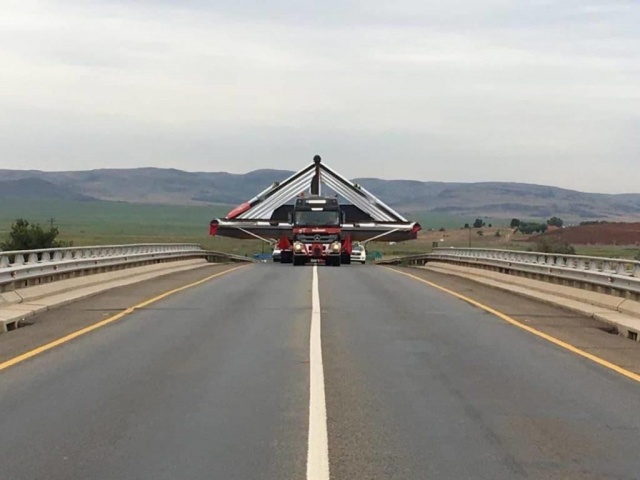 The largest and one of the most complex engineering undertakings ever on the African continent has been completed in South Africa with the dismantling of a giant dragline at a coal mine for reassembly at another site about 60k away.

It took nearly 18 months to complete the relocation of the 4,000t behemoth which had been in place doing its vital work to clear the soil to expose the vast coal reserves of the Optimum Mine in South Africa’s eastern province of Mpumalanga. The dragline was purchased by one of the world’s largest diversified mining players and had operated at its old site since the late 1980s. It is self-propelling in situ, and under normal circumstances, the limited mobility of draglines has enabled relocation by itself. Here the distance was too great from point to point and there were issues with overhead powerlines.  Ironically the Optimum Mine supplies coal for power generation directly to the nearby Hendrina Power Station with extended lengths of conveyor belts.

Cardinal to the dismantling effort was to get three dimensional drawings of its various components to establish where any cutting could be undertaken to make the dragline transportable to its new site on multiple flatbed extra heavy load vehicles. Norbert Plate of IQ laser, who oversaw the acquisition of the ‘as build dimension’, as well as the reassembly according to original drawing specifications for South African company Lucient Engineering (which also has operations in neighbouring Botswana) said:  “We had to use a complex mix of cameras and  laser based measurement equipment to get accurate drawings of parts of the structure and mechanical components, such as position of gearboxes, etc. for the dismantling team’s engineers so that they could decide where the dismantling and cutting could be undertaken.

“They had a team of about 200 people actively involved in the dismantling and relocation. The project was set back by Covid-19 for about a month and then we had other delays because nothing of this magnitude had been attempted in Africa before, although we believe it has in Australia and America.” Reassembled and soon to be tested, the dragline will be recommissioned and operational at its new site by the end of 2020.