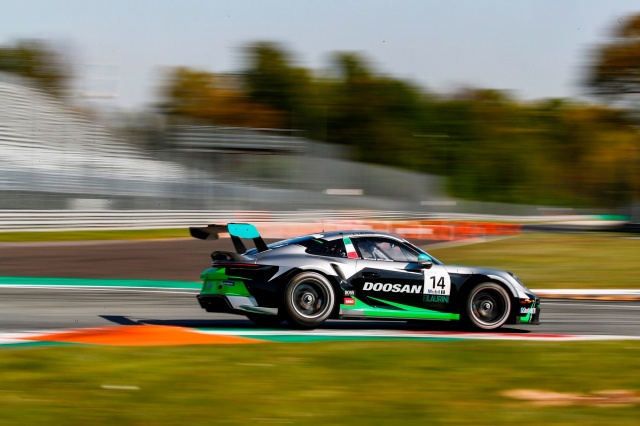 Doosan will sponsor a team in four races in this year’s Porsche Mobil 1 Supercup series.

The Porsche Mobil 1 Supercup is one of the most renowned single brand trophy competitions on the international motoring scene. The team being sponsored by Doosan is the Emilian Dinamic Motorsport team, the only one in the competition with two Italian drivers. Doosan is sponsoring the team in the first two races, in Monte Carlo and Le Castellet (France), on 23 May and 27 June 2021, respectively, and in the last two races in Zandvoort (Netherlands) on 5 September and the grand finale at the Monza national circuit in Italy on 12 September. The championship is organised by Porsche AG and to ensure that every driver has exactly the same chance of winning, all teams compete in the Porsche 911 GT3 Cup model that are all technically identical.