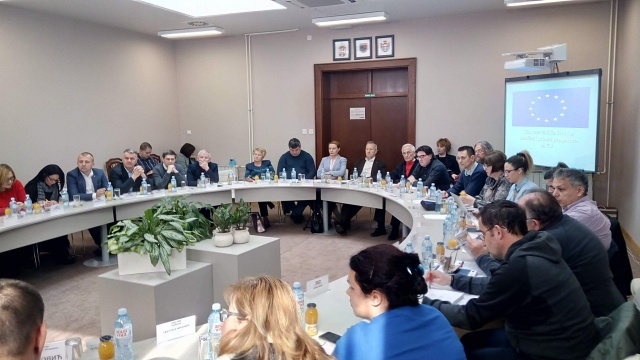 EDA will support the Serbian demolition industry with its Annual Convention

In 2019, the European Demolition Association organized a Study Tour to Japan on the occasion of the EDA’s 40th anniversary. This year, the EDA Annual Convention is going to be celebrated in Belgrade (Serbia) from 4th to 6th of June.

Our goal is to support the young Serbian Demolition Association, SDA, and to present the national demolition industry and all the opportunities that this market can offer to companies. That is why EDA is working to organizes one of the most relevant and important events of the year, combining professional contents, exhibition and networking opportunities, with leisure activities.

As this year the convention is held in Belgrade , it would be good to know a little more about this industry, although the best way to learn about Serbia is coming to the event!

The Serbian Demolition Association, SDA, is an official member of the EDA and

is positioned as a center for Southereastern Europe, which also applies to the European Decontamination Institute, EDI, whose members are national associations of the most developed EU member states.

In this sense, the cooperation between SDA and EDA is reflected in the organization of work, projects, reports, regulations, education, certification and other activities.

Serbia has always had a major problem with construction waste, and it covers, only in the city of Belgrade, approximately 73% of the total amount of waste in the city landfill, not to mention a large number of wild landfills, of which there are about 500. A similar situation is in all populated areas. There are many reasons for this, and one of the basic reasons is the lack of legal solutions and the lack of coordination of decision makers, like lawmakers and legislators.

The SDA has passed the EU project Parade recently, which is linked to education, training and certification in the field of hazardous materials in the construction industry and pre-demolition jobs as well. Given that a lot of EU countries already achieved the 70% on recycling of waste in demolition and construction, the SDA is following the new protocol and plan towards the circular economy to become one of the most advanced association in Southeastern Europe.

In order to strengthen the economical and scientific capacities, the SDA promotes innovative solutions to help to the industry to emerge in a totally new and innovated way to protect the environment. Thanks to all this, the SDA signed agreements with the Academy of Engineering Science of Serbia (AINS) and the Chamber of Commerce and Industry of Serbia (PKGIS).

The law should consider the European strategy, which is important in the EU accession process of Serbia, as this type of business is largely implemented in - European countries, and Serbia is also part of these new processes of industrial change.

It is recommended from partner associations from countries that are heavily involved in these processes that the obligation to use recycling materials is introduced gradually. Start at a modest 5% or 10% and increase to the planned 70%, thus solving many of the issues of EU accession alone and raising  the Serbian national GDP significantly.

The aim that Serbia has is to achieve a new industry in itself, creating new jobs and taking care of public health through the use of modern technologies.

Serbia succeeded raising awareness among their members, who began to cooperate in the short term. This year they already have a project with concrete cutting as part of demolition in the urban environments, with the removal of materials to a recycling site, which is a great success.

SDA’s work is based on some similar rules that EDA does, building a national model based on the tradition and experience they have, thus ensuring the achievement of the plan proposed by the European Union.