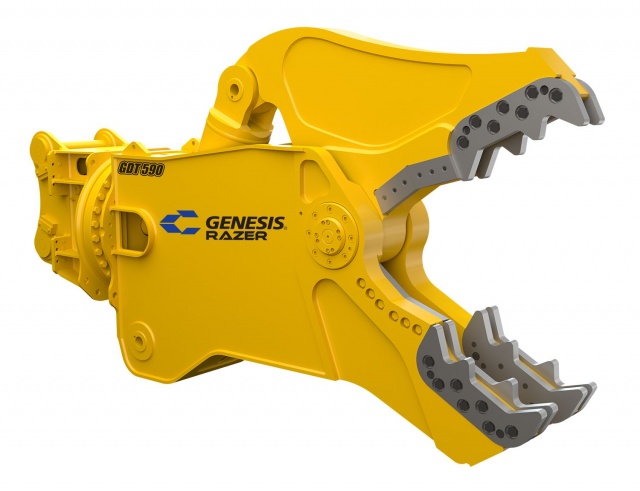 The GDT 590 Razer also increases the line's versatility to meet customer demands in applications such as general and bridge demolition, concrete recycling and C&D processing with its 1,320mm jaw opening, 1,181mm jaw depth and over 3.6m reach. To further enhance its processing capability, the GDT's upper jaw passes through its lower jaw which has an open relief area that allows material to easily pass through and prevents jamming. All GDT models feature a short, flat top head with bolt on bracket that simplifies installation and switching the Razer between excavators, customisable quantities and locations of crushing teeth. The latter are interchangeable, front to back reversible and bolt on for longer life and lower cost of operation.