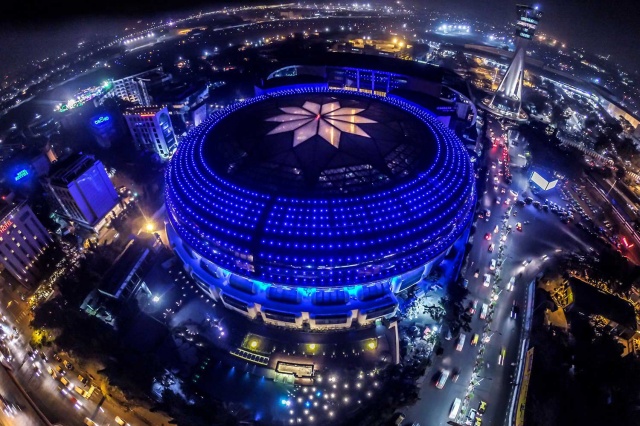 Key people from the Indian infrastructure, demolition and recycling industries are set to ‘kick-off’ India's first association for demolition, recycling and remediation at its first ever convention, Demtech India 2019.

When this article was being written, it is only a couple of weeks to go before India’s ever first demolition, recycling and remediation convention is to be held, with Demtech India 2019 taking place at the Sahara Star Hotel in Mumbai on 13 November, 2019. During the event the first ever Indian demolition association IDA, will also be formally launched.

The decision to start IDA and also organise its first conference and convention was taken as late as April this year. Mr Mohan Ramanathan, a long time player in the Indian market, had for many years desired to found an Indian association for demolition, recycling, concrete cutting and remediation contractors. However, the formation of such an organisation would not have been possible to achieve without the support of a group of professional manufacturers and suppliers, including PDi Magazine. The latter has the potential to use its different channels to spread the word internationally about the event and in a few weeks, several international manufacturers announced their interest in sponsoring the event.

The ‘Headline’ sponsor for Demtech is Volvo Construction Equipment, with the ‘Associate’ sponsors being Epiroc, Hilti, Aquajet Systems, Brokk and Sennebogen. ‘Affiliate’ sponsors are Husqvarna, Edifice, Pentruder, Fortress by Shearcore, Kemroc, Kobelco and Tyrolit. Directly connected to the conference will be a small exhibition area, and as well as the sponsors of the event, additional exhibitors will be represented, including Rotar International, Trevi Benne, Demarec, Schwing Stetter, Hydrotek, Philtec E&C, SDT Sanwa and Indo-Spark.

The conference programme for the day is both packed and impressive. The conference will be opened at 10am by the chief guest from the Government of India, Minister of Road Transport & Highways, Shri. Nitin Jairam Gadkari. He is accompanied by other guests of honour, including, and also from the Government of India, Usha Batra, special director (WR) Central Public Works Department and Dr. Sheilesh Kr. Agrawal, executive director BMTPC. Following the opening addresses there will be welcoming speeches from Mohan Ramanathan, IDA initiator and Jan Hermansson, editor in chief, PDi Magazine.

The conference will then continue with the keynote speaker Dr. Gaurav Bhatiani, chief operating officer  IL & FS Ltd. Bhatiani, who will speak on the subject: ‘Indian Economy and its growth path for the next decade’. Before a tea break, Prashant Bharadwaj, head of Volvo CE business will then make a speech followed by Gordon Hambach, marketing manager of Epiroc. Dr. Martin Goedickemeier and Sheikh Kaamil from Hilti will then present a talk on the subject: ‘Hilti, controlled demolition using advance diamond technology’. This will be continued by a speech from Brokk given by the company’s sales manager, Joakim Furtenback, titled: ‘Brokk, safe and efficient demolition using remote controlled demolition robots’.

Another sponsor giving a speech will be Aquajet Systems given by key account manager Bjarne Axelsson, who will talk on the advantages with using hydrodemolition equipment for the removal of damaged concrete. Sennebogen’s Ratnesh K Singh will present on the subject of demolition and recycling equipment from Sennebogen. Dr Shailesh Kr. Agrawal, Executive Director of BMTPC, Government of India will hold an invitee talk. The day will then proceed with three interesting presentations dealing with Indian case studies. Uttkarsh Mehta, part owner of the Indian demolition contractor firm Edifice, will make a presentation on the demolition of the Mahatma Gandhi Sethu Bridge. With the extension of the Mumbai subway system, Sunilkumar Vishwakarma, head of planning for TATA projects, will talk about making cross passages in the Mumbai Metro line 3. These speeches will be followed by another case study presentation delivered by Sanjay Phadke. Piyush Gandhi, engineer at Genesis in Mumbai, will hold a speech concerning handling, recycling and remediation of hazardous waste after demolition. After this there will be a lunch break of about one hour. The day’s second invitee talk will be held by William Sinclair, manager of the demolition contractor Safedem, Ltd and former president of EDA.

The conference day then continues with more case study presentations, with the first being given by Youssef Hallak from LT Diamond Drilling, who will discuss the decommissioning of a nuclear power plant in Romania using concrete sawing and drilling methods and remote controlled robots. Dr.Vimal Kumar from C-Farm in India will then talk about 2016 C&D waste management rules and their impact.

The day will then continue with speeches from Sandeep Ingale from the European Demolition Association (EDA) and a speech from the president of the International Concrete Sawers & Drillers Association (IACDS), Michael Findeis. The sessions will end with a panel discussion moderated by Jan Hermansson, editor in chief for PDi Magazine, Dr. K. N. Sathyanarayana, Professor N. Gopalakrishnan, Sheik Kaamil, Sriram Matte from IDA and Dimitrov Krishnan from Volvo CE.

In order to facilitate exhibition networking the show room itself will be open during the entire conference. Between 16.10hrs and 17.10hrs a special networking event will be held there, where tea and other refreshments will be served.

After the long conference day there will be a break until 19.00hrs when a gala dinner will start in the hotel. The evening celebrations will begin with a welcome and the official inauguration of the IDA – Indian Demolition Association. Speeches will be made by IACDS president Michael Findeis, a representative from EDA, as well as other industry representatives. These will be continued with welcoming speeches, including one from PDi Magazine. The evening will continue with a gala dinner. A detailed agenda for the day can be found on the conference website.

Demtech India 2019, and the inauguration of India’s first demolition association, will be an important milestone, not only for the Indian demolition industry, but also marking when India officially becomes established in the international demolition arena. PDi Magazine would like to express its sincere gratitude to Mohan Ramanathan and the whole IDA organisation for having been given the opportunity to be a part of this great moment and event. PDi Magazine wishes the endeavour well, and looks forward to working with the IDA.