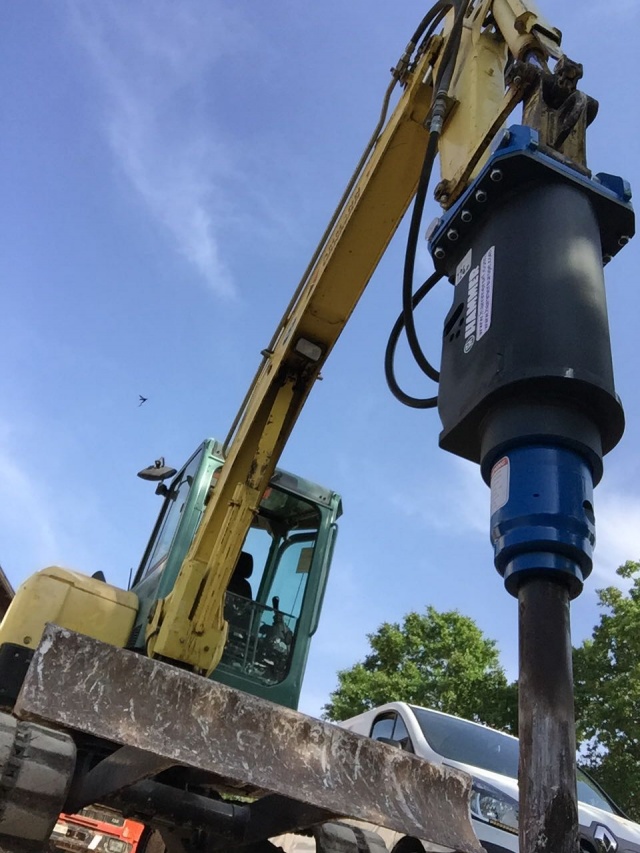 Hammer set to conquer the world

Here comes Hammer from Molfetta in Italy, a full-liner manufacturer in terms of attachments for demolition, excavating, material handling and recycling.

The Italian manufacturer Hammer in Molfetta, Southern part of Italy, has radically strengthen its presence on the global arena. Hammer is a full-liner when it comes to professional tools and attachments for the demolition and recycling industries.

Huge product range
Hammer has two breaker ranges, SB and FX series. The SB series for lighter carriers has eight models from 70kg up to 540kg and are suitable for carriers from 0.5t to 11t. The FX range covers 14 models, in weight from 700kg to 14.5t, for carriers between 8t and 200t. For silent demolition Hammer six different series, which are FP  static pulverisers, FR rotating pulverisers, FK rotating pulverisers, FRK rotating demolition pulverisers, NGK booster rotating pulverisers, MQO Multi Quick Processors and a series of drum cutters. Each of the series containg several different models normally between 8 to 12 models for each series. Additionally Hammer has a series of demolition and sorting grapples containg of 10 different models as well as the concrete crushers series, MCK, contain of 10 different models with operating weight from 3t to 80t. The KSC line of scrap shears contain of five models in weights from 480kg to 4100kg. Last but not least Hammers has tow seris of crushing and screening buckets as well. The crushing bucket series is called KB Series and contains of four models for excavators from 12t to 40t. The rotare screening buckets are called KR and the series also contain of four models for carriers between 8t to 60t.

All together Hammer has a very impressive product range and the products are sold throughout the world. During 2019 Hammer was aquired by the German manufacturer Kinshofer who is part of the Lifco Group where also Brokk belong to.

Eight production plants
The history of Hammer started with that Giovanni Modugno 1970 began his career as a worker in a small mechanic turnery workshop in Molfetta and, since that year, so much has been done. After being a factory worker, factory manager and production manager, In 1989 Modugno started together with some partners a company producing hydraulic demolition breakers. The business went on until 2004. In the same year he decides to found, together with his son Valerio, a family company for the design, production and sale of hydraulic breakers, which got the name of "Hammer". The values of a family company have allowed Hammer to establish itself on the global market through 10 branches spread across the continents and a capillary network of dealers and authorized workshops throughout the world.

Hammer guarantees a 100% Made in Italy product of the highest quality, entirely designed and manufactured in the 8 plants (an area of ​​30000 m²) located in the Industrial Area of Molfetta, Italy.
Hammer began with the design, production and sale of small and medium-sized hydraulic breakers, in addition to the sale of multi-brand spare parts.

Some years later came the introduction of the first examples of demolition crushers, which paved the way for the demolition and recycling segment. At this point, Hammer decides to expand the range of hydraulic breakers, up to the FX 15000 model which, with a weight of 14500 kg, which became the largest hydraulic breaker in the world.

After the huge success achieved in this segment, Hammer introduced the SB series that benefits from the particular monoblock construction. This feature gives the structure a very high resistance to leverage efforts. The breaker is built in one piece and there are no side bolts or diaphragms. After that all the other different attachment series, mentioned earlier, was released.