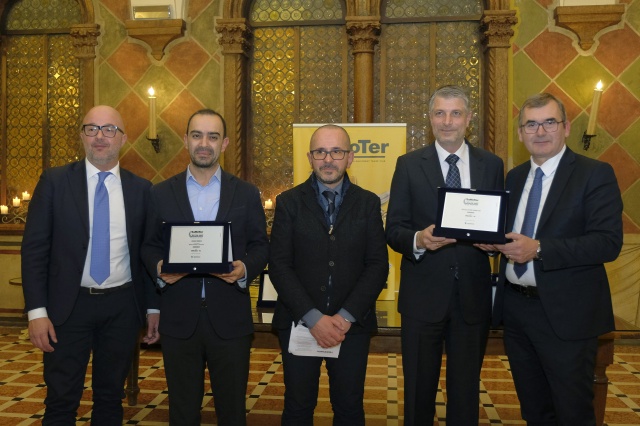 Hidromek to show its product innovation at Samoter 2020

Samoter will see Hidromek, whose construction machines work in more than 100 countries, exhibit its latest product innovations at its stand No. 5-8, area F. The Turkish company has also won two awards in Samoter’s international technical innovation competition which is organised as part of the fair. The Innovation Awards’ are for the HMK 230 NLC crawler excavator which belongs to the new innovative H4 Series.

Aiming to create a real difference in the design of construction machinery, Hidromek’s achievements are to be recognised by the Samoter Innovation Award 2020, winning in two categories. These are the ‘Technical Innovation Award’ and an award in the ‘Design Special Category’ for its HMK 230 NLC which is part of the H4 Series. This range offers high performance, with the excavators being noted for their operating speed. H4 Series excavators are produced to be faster, more productive and more efficient with a purpose developed hydraulic system design, producing more work with less fuel. Along with the award winning HMK230 NLC, Hidromek will also be displaying its HMK 145 LC SR, HMK 310 NLC and HMK 390 NLC crawler excavators which all belong to the H4 Series.

The HMK 635 WL wheel loader will also be exhibited at Samoter 2020. The loader is more environmentally friendly and productive being fitted with a MTU Mercedes Stage V engine which shortens cycle times and provides high load capacity. The HMK 635 WL possesses high breakout force, dump clearance and traction, and is frequently used in mining and stone quarries, batch plant and industrial applications. Also being exhibited at the Italian show is the HMK 145 LC SR, which is an excavator designed to work in urban areas and narrow spaces.