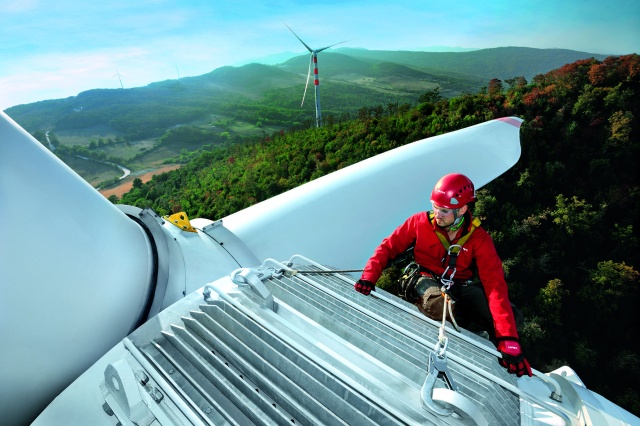 Hilti elevating sustainability to the next level

The Hilti Group is amplifying its sustainability efforts and formulating a global strategy based on the pillars of environment, people and society. The company's new sustainability report provides transparency on the targets established and progress made.

In view of the increasing challenges posed by climate change, and to meet its social responsibilities, the Hilti Group has tightened up the targets initially established in its sustainability strategy and launched a number of global and local initiatives. The programme is based on a holistic understanding of sustainability that incorporates the strategic action fields of ‘environment, people and society’. Organisationally, the strategy is anchored by the Hilti Group Executive Board. A sustainability team, which reports directly to the CEO, manages the global initiatives and presents progress and further optimisation potential in the annual sustainability report.

“We are convinced that long term success is only secured through business decisions that value environmental, people and social aspects equally with economic factors,” said Christoph Loos, CEO of the Hilti Group. “We are aware that this is a journey with several stations still ahead of us. But we have set ourselves ambitious goals, are committed to the principles of the UN Global Compact and will leave no stone unturned. At the same time, we also want to support our customers in the construction industry in becoming more sustainable.”

In the ‘environment’ field of action, the company is bringing forward its target of CO2 neutrality in its own value chain, originally set for 2030, to 2023. The transition of the energy supply at all Hilti sites worldwide to electricity from renewable sources was already completed at the end of 2020. This will lead to CO2 savings of more than 20%, or 40,000t per year. A start has been made with the successive conversion of the worldwide vehicle fleet, of around 14,000 vehicles, to more environmentally friendly drive systems, which is expected to result in a substantial contribution to reducing the CO2 footprint.

The principle of a circular economy - decoupling resource consumption from economic growth - is the second central pillar of the construction technology group's environmental goals. Hilti states that it is the first company worldwide to apply a newly developed method that allows the measurement of the expansion of the circular economy at various levels. Among other actions, planned optimisation steps include the further development of the fleet management business model for electric tools, which operates according to the ‘product as a service’ principle. There will also be a focus on increasing the proportion of recycled material used in Hilti products and packaging.

Growing importance of health and safety

With its focus on ‘people’, the Hilti group is addressing, among other topics, the health and safety of construction site workers. The aim is to reduce the long term health effects triggered by heavy physical strain. The two solutions launched by Hilti in 2020 include the BIM enabled construction site robot, ‘Jaibot’, and the EXO-O1 exoskeleton, which are examples of the new human augmentation systems product line. These products focus on supporting and relieving the strain on workers and tradesmen during particularly demanding physical work.

In order to make a more significant contribution to solving the world's social problems, the Hilti Group and the Hilti Foundation will dovetail their activities even more closely in the future. The social projects driven by the Foundation, with a particular focus on developing countries, will be supplemented by the initiatives of Hilti team members in their own countries. To this end, the global volunteer programme, ‘Engaged beyond business,’ has been created, which empowers Hilti employees to invest time and money into local social projects.