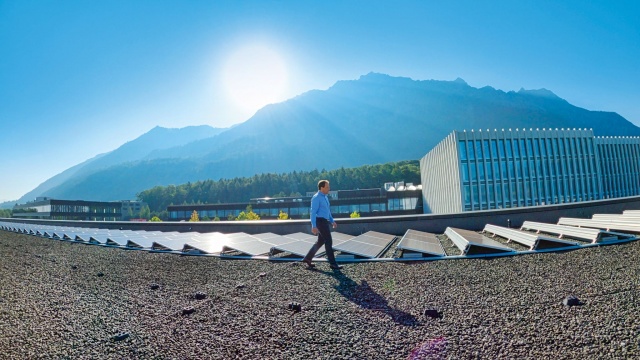 The Hilti Group’s EcoVadis sustainability rating has risen from silver to gold status within one year. This puts the construction technology group in the top 5% of all companies that have received such a rating.

The new gold rating places the Hilti Group in the top 5% of all 75,000 companies assessed worldwide by EcoVadis. “We are pleased that our intensive efforts to become more sustainable as a company are already beginning to bear fruit. Our gold rating reaffirms that we take this seriously,” said Christoph Loos, CEO of the Hilti Group. “However, we will not rest on this result and are rather motivated to further improve. We want to become the leader in our industry when it comes to sustainability.”

EcoVadis rates companies according to a total of 21 criteria in the four main topic areas of environment, labour and human rights, fair business practices and sustainable procurement. In the Hilti Group’s 2021 rating, the progress made in the area of sustainable procurement, and the role of sustainability factors in the selection of suppliers, were recognised. The systematic, holistic approach taken in the area of labour and human rights, and the resulting improved transparency, were also acknowledged.

In spring 2021 the Hilti Group presented its expanded sustainability strategy and published its first sustainability report. The strategy is based on a holistic understanding of sustainability and covers three action fields: environment, people and society. In addition to new targets, the strategy also includes the tightening up of existing targets, such as achieving CO2 neutrality in the company's own value chain, as early as 2023.