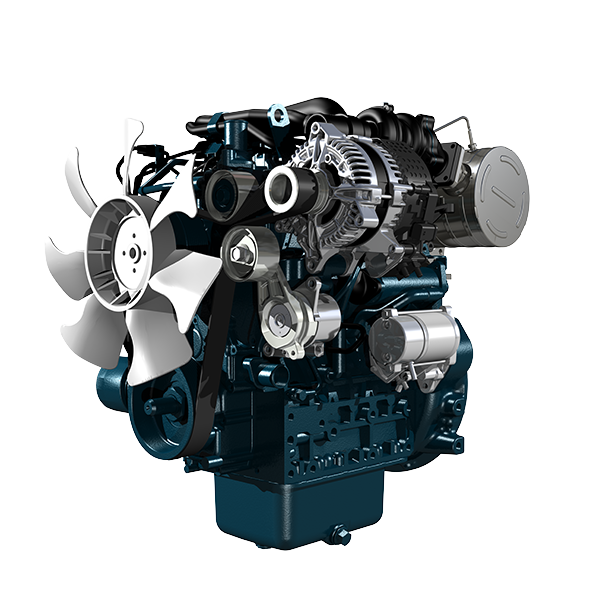 Kubota BUEE (Business Unit Engine Europe) brought innovation to its stand at bauma 2019, where it featured a prototype of its latest micro-hybrid system.

This forms part of the largest and most comprehensive range of engines Kubota has ever displayed at a major construction trade show. Kubota believes equipment manufacturers will progressively become less reliant upon any single power source, and that the engines themselves will need to further push the boundaries in areas of fuel efficiency, power density and adaptability.

As a result, Kubota believes that the micro-hybrid system will offer opportunities for equipment manufacturers to exploit advances in product design flexibility, optimisation and efficiencies derived from ‘downsizing’, while maintaining the overall machine performance and productivity. Designed for types of applications that demand an immediate response to instantaneous peak overloads within the typical machine duty cycle, the ‘Power Assist’ micro-hybrid system delivers and supports the engine by delivering an additional electrical power boost of up to 10kW (when comparing the V2403-CR-T with the D1803-CR-T; results may vary according to the engine, machine specifications and usage). The immediate torque available offers an efficiency boost at the most crucial time while recuperating and recharging its battery pack when not initiated.

This means, as an example, that a three cylinder micro-hybrid equipped engine can achieve similar levels of performance as a conventional four cylinder engine, and avoid the necessity to overcompensate by installing a larger capacity engine. Working in partnership with the engine, the micro-hybrid system allows for reduced fuel consumption and lower operational costs, while offering increases in work efficiency and value.

System integration with Kubota’s electronic engine management control means that the micro-hybrid system is compatible with many of Kubota’s diesel, gasoline, LPG and natural gas engines across the power ranges. Utilising and benefiting from an independent driveline, the micro-hybrid system maintains accessibility to the existing power take off positions of a conventional engine. This can be particularly appealing to both existing applications and more compactly designed applications in the future. First seen merely as a concept at Intermat Paris, Kubota’s micro-hybrid system can be installed as a package into future machines.