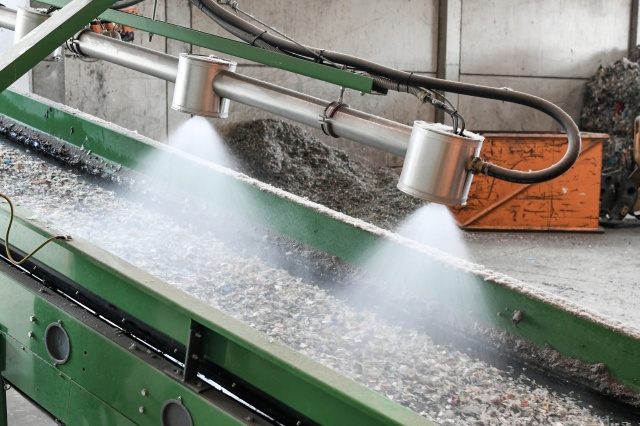 Lindner presented the Komet Series 3, a series of shredders for secondary shredding, at Ifat 2022. This has such features as the automatic belt tensioning system (ATB), a dust protected drive unit and new software. While the new software features increase productivity, the ATB aims to ensure constant power transmission. In addition, compressed air protects the drive unit from contamination, and the adjustments to the control panel support intuitive two handed operation.

Lindner also featured at the show the in house developed Fire Prevention System (FPS). Highly flammable rechargeable batteries and lithium ion batteries can still find their way into the material flow. If these batteries are damaged during the shredding process, this can lead to a dangerous build-up of heat which, without an early detection system, is often only spotted in the depot chamber, often with dramatic consequences.

The TÜV-approved Lindner FPS provides a solution to this problem. Self-cleaning infrared sensors mounted on the discharge belt scan the temperature of the materials on the conveyor belt. If the temperature exceeds defined parameters, the infrared sensors activate the cooling nozzles, which eliminate the danger via a spray mist. In cases where extreme heat develops, the conveyor belt is switched off, and the potentially hazardous materials, mostly damaged batteries, can be removed manually. In addition to a terminal box that indicates the status of the FPS, the scope of delivery also includes a control cabinet that contains the software, the necessary ports, and a reserve water tank in case the water supply gets interrupted.