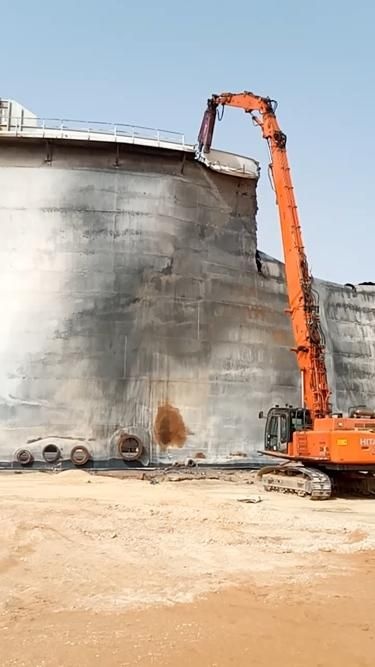 The Covid-19 lockdown adopted in South Africa – one of the harshest in the world – effectively stalled the local demolition industry for two months before it was given the go-ahead to resume operations from 1 June.

A halt for building and construction projects

The lockdown resulted in the cessation of the main demolition drivers:  mining, construction, infrastructure development, and electricity expansion and maintenance. On 1 June the government declared the country at Stage Three of lockdown which saw some easing.  It introduced a five stage reactivation of the country which will end at Stage One, with there being no timeframe for when this might be achieved.

“The industry, as far as our sector was concerned, came to a halt locally on 27 March.  All existing work was stalled.  Now that it is easing up we do not know what will happen with work already tendered for before lockdown. Many companies that had projects in mind requiring demolition have not yet stated if they are going ahead with the projects as initially planned,” said Kyle Perkin, contracts manager of Wreckers Dismantling (Cape) (Pty) Ltd. “We have already had a hold put on one project in the petro chemical sector for which we had tendered,” he adds.

The all-important mining sector Minerals Council told PDi that on 25 March, following the announcement of a then 21 day nationwide lockdown by President Cyril Ramaphosa on 23 March, leading to mining activities being scaled down significantly.  The lockdown was extended before the three weeks ended and eventually became nine weeks until Stage Three. Operations supplying coal to the national electricity supplier Eskom continued at reduced levels to optimise energy security and enable the manufacture of liquid fuels which was also considered an essential service. A spokesperson for the Minerals Council stated, “Ramping up to 100% again will take time as getting employees to return to work will be a gradual process requiring detailed and careful induction screening processes.”