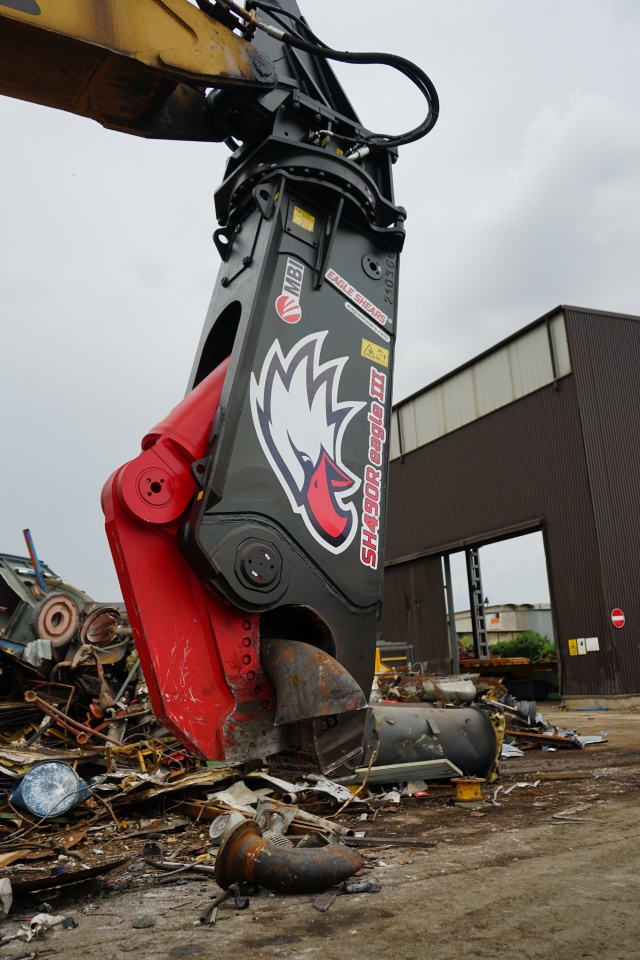 Mantovanibenne specialises in equipment for construction machinery, possessing expertise in the development and production of demolition and earthmoving equipment, and has now introduced the Eagle 3 new generation of shears.

“Since the first SH shear produced in Italy in the early 90s, we have worked to produce reliable and efficient attachments in all operating conditions. Our shears are used on crawler and mobile excavators, on demolition equipment, in scrap recycling yards, but also in extreme temperature environments and also in offshore and subsea applications,” says Paolo Mantovani, CEO of Mantovanibenne.

A team of industry specialists with decades of experience have worked on the development of the completely new, compact and extremely powerful shears. In more than 10,000h of testing, the new shear has been used in applications ranging from the primary demolition of massive steel structures to the secondary demolition of heavy vehicles. The Eagle 3 is designed to maximise the duration of use and can be maintained without complex interventions. The central pin of the shear, made up of sturdy components that increase its durability, can be easily removed directly on site.

The technical characteristics of Eagle 3 are said to consist of a shorter frame, a ‘unique weight to performance ratio’ and greater stability making the shear ideal for use in multiple applications without compromising on productivity. The shears have been designed to increase the cutting force on all models and the new design of the mouth provides a larger opening. The jaws are cut with a high pressure water jet to avoid possible weakening due to high temperatures, whilst the upper jaw has been completely redesigned to operate with stability and is made from a single element without welding. It is further equipped with a new type of interchangeable piercing tip that is said to provide greater protection and reliability, with easier maintenance, reduced costs and downtime.

The cylinder is inverted to protect the rod inside whilst the enlarged bore develops more power by accelerating the cycles (opening and closing speed). The rod is completely forged from a solid piece of metal, for superior resistance compared to a conventional cylinder, and is equipped with premium quality seals that can last up to 3,000h. The most heavily used parts are made from interchangeable Hardox 500 steel plates installed on the jaw profiles which allows the shear to resist any impact without altering their structure, maintaining a very high level of wear resistance.

The first five models are now available, while the next two will be released shortly. The smallest model, the SH250R, weighs 2,600 kg, being suitable for excavators from 24t to 29t, while the largest is the SH2200R, has been designed for the most massive demolition operations. The other models in the range are the SH320R, SH490R, SH600R, SH800R and SH1500R.