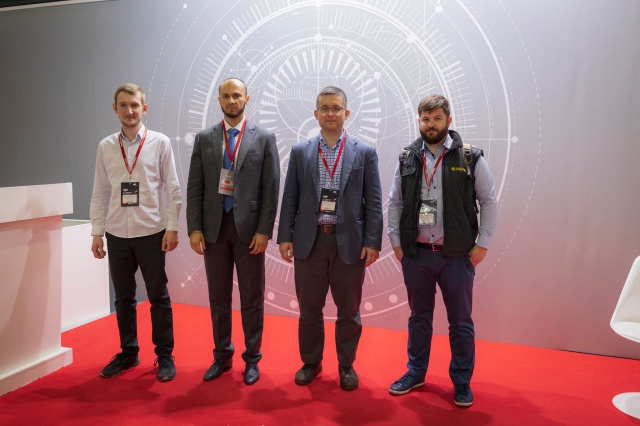 On 28 May, Russia’s fledgling association of demolition companies NADO, and ATMachinery Ltd., a Moscow based supplier of construction and demolition equipment, organised an ad-hoc conference at bauma CTT Russia dedicated to the latest trends in demolition, recycling and concrete sawing. PDi’s Andrei Bushmarin attended the event.

The conference, which was moderated by the association’s secretary general Artem Kondratev, went on for some three hours, with the agenda ranging from industry regulatory issues to the newest demolition and recycling equipment and best practices. Artem Kondratev kicked off the meeting  by outlining the association’s current initiatives and activities as well as long term goals. He pointed out that the demolition industry in Russia is aiming to become the ‘greenest’ business sector by recycling as much waste and debris as possible that the industry generates. Alexei Krasnikov, general manager of ATMachinery and co-organiser of the conference, told the audience about the latest innovations in the sector of excavator attachments for demolition and recycling applications.

ATMachinery itself is a vibrant young company that specialises in supplying construction, demolition and recycling equipment to Russian end users. As far as demolition is concerned, ATMachinery is the official distributor of Italmek and Okada attachments in Russia, and thanks to the company’s educational and promotional activities over the past few years both brands have gained recognition with domestic contractors. In his presentation, Alexei detailed various aspects of using such attachments as crushers and shears for primary and secondary demolition tasks. ATMachinery was also one of the precious few companies that represented the demolition industry at bauma CTT Russia, with an Italmek ‘iF40’ crusher being a major highlight of the company’s booth.

The concrete sawing and drilling industry was represented by Andrei Krianev, sales and marketing director of Estonia based manufacturer Kaskod-Mtronix OÜ. He explained the fundamentals of the company’s proprietary ‘ISRCdrive' high frequency motor technology, on which its core drilling systems ‘Cuttronix CM-10S6, CM-10S3’ are built. He further presented a host of job stories showcasing the capabilities of Cuttronix drilling systems on different work sites.

Presentations from Alexei Chikov, head of the department of the Organisation of Experimental Design and Construction GBU Mosstroyrazvitie, along with his counterpart from the University under the auspices of the Ministry of Construction, Alexei Postovalov, dealt with industry regulatory and personnel training issues.

Once the indoors part of the conference was completed, an excursion to a recycling site was arranged by representatives of concrete sawing and drilling specialist Rezburmash where the participants could witness first-hand the process of debris recycling into reusable rubble. The outing involved a lot of informal networking, with attendees sharing their experiences and discussing unusual projects that they have come across in their careers.