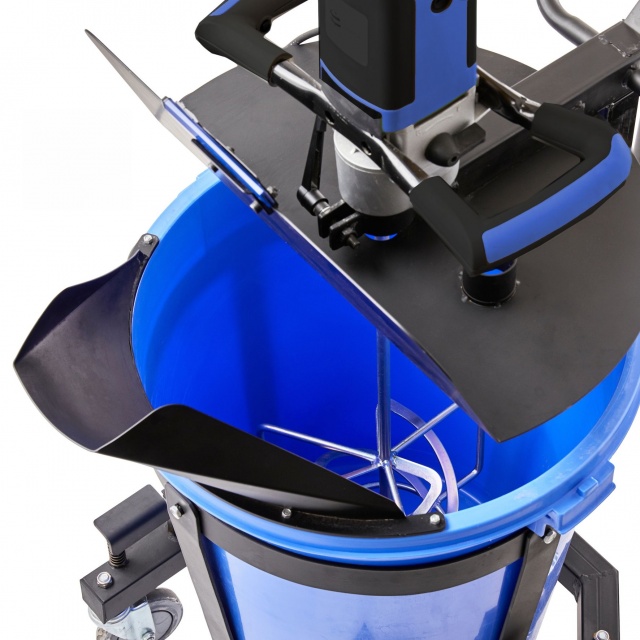 It is a compact and robust mixing station with good balance for pouring self-levelling compounds, even with large mixing volumes. The mixer is equipped with a-speed gearbox and infinitely variable speed setting. It is delivered with a special stirrer and a 100l mixing bucket. It runs on 230V power and the motor has a power of 1900W. The speeds of the motors are 150-300 rpm and 300-650 rpm. The M14 tool holder and the stirring station weighs 48kg and the container can take 100l.