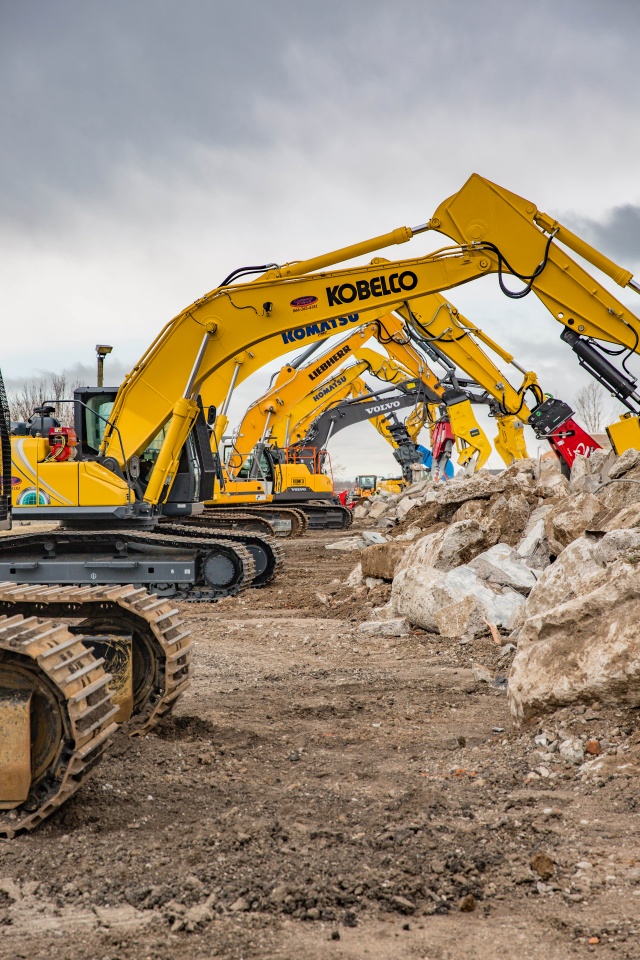 News from the NDA: ‘rockin in the rockies’

The National Demolition Association’s ‘Demolition Rockies’ began on 21 March with nearly 1,100 demolition professionals attending, along with 90 exhibitors at the Expo, whilst the ‘Live DEMOlition’ event attracted more than 680 attendees.

An NDA event always presents networking opportunities, and this year was no different. Attendees of the ‘Live DEMOlition’ event were able to test equipment from 23 companies, including balers, crushers, attachments, excavators, and skid steers. It also featured robotics and a competition where attendees could test their skills.  Formal sessions began on Sunday shortly after Charlie Morecraft’s moving and thought provoking keynote presentation on safety on the job.

The first panel, ‘Utility plant decommissioning and demolition’, was moderated by Jim Graham of Winter Environmental. He set the stage by stating that utility plant decommissioning and demolition is the single largest opportunity in the industry for demolition contractors. Panellists Ronnie Goodman of Duke Energy, Greg Tinin of Entergy, Dennis Dunning of Exelon, Jeff Loewe of NiSource, and Mark Schwartz of Southern Company answered a series of questions.

Later in the day, Denis McGarel of Brandenburg moderated, ‘Managing demolition projects: perspectives from the owners’, consultants’ panel. Tim Barker of AECOM, David Braungardt and Keith Kotinko of Wood Plc, Bob Patulio of OBG/Ramboll, and Blake Svendsen of ERM discussed their companies’ risk metrics to screen and select demolition subcontractors, preferred contracting methods, and lessons learned. “Our focus is on taking the right samples and getting the owners to understand that they need to spend some money on difficult areas; e.g., stacks on power plants and boilers,” Braungardt said. “We’re not going to be able to find every square foot of asbestos in the building, but we try.”

On Monday, Michelle L. Clark and Betina Johnson of the Army Corps of Engineers presented, ‘Doing business with the USACE’. They shared the breadth and depth of work the U.S. government is looking to hire out per region, as well as the criteria for winning those bids. The last major presentation of the convention was led by Dr. Mahesh Bailakanavar of Thornton Tomasetti. He walked attendees through the amazing case study of the Georgia Dome implosion his company engineered.

This year’s ‘Fast and Furious’ presentations were well attended and lively, especially ‘Demolition Jeopardy’, with Drew Lammers. Those who took a seat in the ‘Education Station’ at ‘Destination NDA’ received a scrap market update, information on what’s new at the NDA, insight on job cost tracking, and details on different types of insurance companies should consider.

Christopher Godek of New England Yankee Construction, LLC, in Milford, Conn., was elected as NDA president for 2019-2021, with Godek previously having served as vice president of the association. In 2019, NDA finalised a strategic plan that will be influential in determining the direction of Godek’s presidency. The plan focuses on attracting the next generation of talent; promotion of the demolition profession; proactive government advocacy for NDA members; and using data to inform NDA’s vision, mission, and goals.

“Strategic alliances will strengthen our industry and increase our ability to interact positively with these agencies,” Godek said. “We recently had the opportunity to meet in Washington, DC with OSHA and the Environmental Protection Agency. These agencies have extended their hand to us, and are looking for feedback from the NDA to promote a greater understanding of our respective positions when it comes to the demolition process. I commend them for their forward thinking, and thank them for their help in further educating and promoting our membership.”

Education will be another high priority as NDA expands the ‘Foundations of demolition training series’, and looks to add more safety resources for members. Offering courses in estimating, project management, job cost tracking, and risk management will help demolition companies prioritize education and deliver stronger demolition managers to the workforce. Another focus will be communicating what demolition professionals do, how they are becoming more informed and using technology to transform their practices, how they are growing as a profession and differentiating themselves in the industry, as well as how NDA is supporting these efforts.

“Part of our strategic plan is a stronger, directed and aggressive marketing plan.” stated Godek.  “This coincides with my belief that we need to make sure our customers know who we are, that they know NDA members are the best in class contractors, and that our customers become informed and make the best decisions when selecting their next demolition contractor. Our focus on making sure our members are educated and aware of governmental changes, as well as industry technology is paramount. The customers, associates, consultants, and stakeholders of our member contractors can sleep soundly at night, knowing they are contracting with the best.”

Full details of the NDA scholarship awards and ‘Excellence in demolition awards’ winners can be obtained from the NDA.