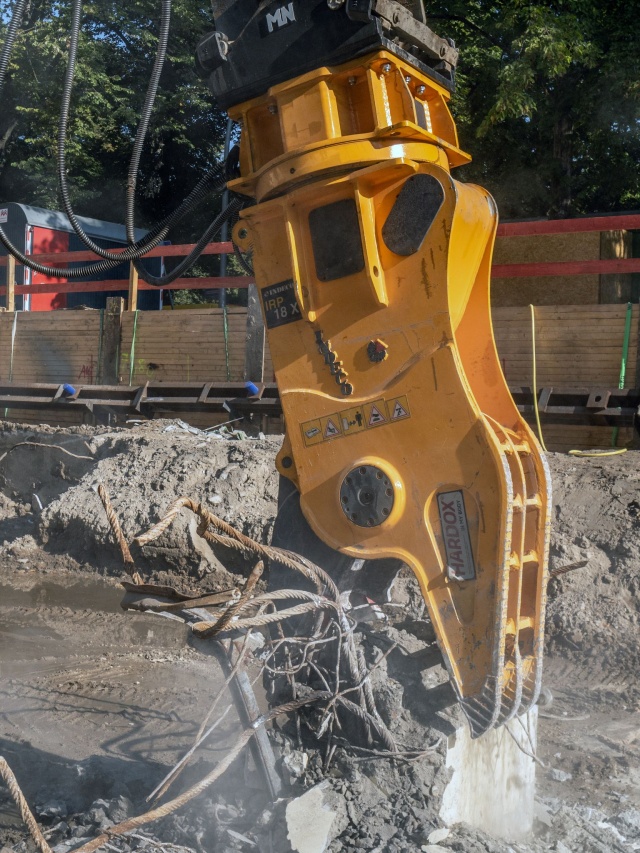 Servisa, a major demolition company located in the Berlin/Brandenburg region, recently purchased a number of Indeco attachments and immediately put them to work on several of job sites.

The attachments include an IRP 18 X pulveriser, which was used on the demolition of an eight storey building located on Meierotto Strasse in Berlin. Since this was a residential neighbourhood, using a hydraulic hammer was not considered due to the inevitable noise and vibration which would have caused a disturbance for nearby residents. Thanks to its power in proportion to size (maximum jaw opening of 820mm, maximum force at tip of 65t, maximum force at cutters of 210t with the ability to cut reinforcements up to 40mm), the IRP 18 X proved up to the task and successfully completed the project.