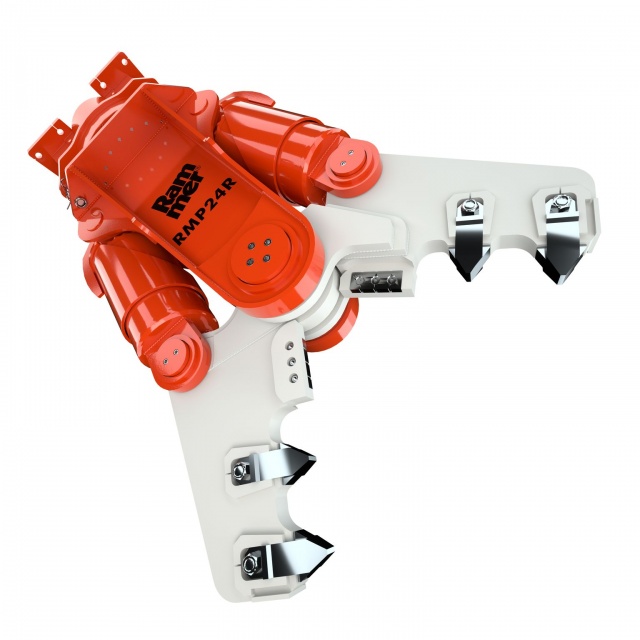 Rammer has introduced a new RMP24R multi-processor which weighs in at 2,550kg, has a cutting force of up to 350bar, a 360° rotation and is suitable for carriers between 22t to 27t.

The new multi-processor from Rammer has an oil flow of 180-220l/min, closing (at maximum oil flow) in 2.2 seconds and opening in 3.7 seconds. It has been constructed for use in different applications in primary and secondary demolition, and for use in recycling applications such as concrete crushing, cutting in heavily reinforced building structures and cutting iron. The tool is also suitable for scrap handling and the cutting of construction steel, being ideal for the rental market.

The RMP24R consists of several, easily interchangeable jaws such as crushing, pulverising, sheer and combination. The jaws and crushing jaw teeth can be replaced on site making any work incredibly flexible for the operator. The tool is equipped with a speed valve and the hydraulic rotation is equipped with a safety valve. The tool has so called ‘upside-down’ cylinders with protective covers which prevent dirt and dust from reaching its more sensitive parts, and is manufactured in HB400 steel.

Other attachments from Rammer include the proven ‘RS’ series of scrap sheers, which consists of a total of nine models for carriers between 4t to 90t.