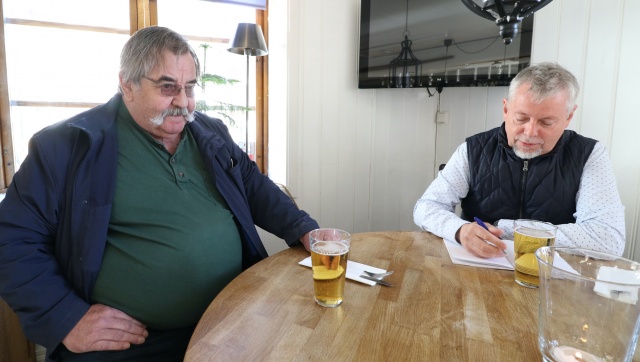 It is with great sadness that we report that one of the really great legends in the demolition industry, who in terms of work with, above all, demolition robots, has left us.

Roy Johansson was born in 1951 and grew up in Västerlanda outside Lilla Edet in Sweden. For the past 30 years, we as an industry magazine have followed Roy's work on several occasions. He possessed a unique knowledge of demolition robot technology and was one of the great operators of Brokk equipment of all time.

Roy worked for a number of years in demolition in Sweden but moved in 1984 to the United States, more specifically to Port Chester, north of New York. He was one of those who introduced demolition robot technology to the American market and was involved in working, on among other things, on the tunnels that connect Manhattan to the mainland. Roy would remain in the US for a full 36 years and was mostly active in his own company Robo Breaking, which he owned and operated in Port Chester together with his colleague Mitch Schumer. But at the age of 70, he decided to return to his old homeland and settled in Fjällbacka, Sweden.

PDi Magazine had the privilege of meeting him on the boardwalk in Fjällbacka and talking about old memories at the end of June last year. That meeting was the fifth since the mid-1990s. Roy was an amazing person with a big heart and always took time for his fellow human beings. It was a great privilege to get to know Roy and memories of him will be cherished tenderly. We had hoped to see him at the Swedish trade show, Demcon, in November this year, but unfortunately that will not be the case.

We will remember Roy with great reverence and gratitude for the person he was and what he has done for both the Swedish and American demolition industry. We are now thinking in particular of Roy's family, children and grandchildren, siblings and more. Rest in peace Roy.

Anyone who wants to read the last article published about Roy in PDi Magazine can find it at the link here: https://pdworld.com/articles/view/back-in-sweden-after-36-years-as-a-demolition-contractor-in-new-york1.