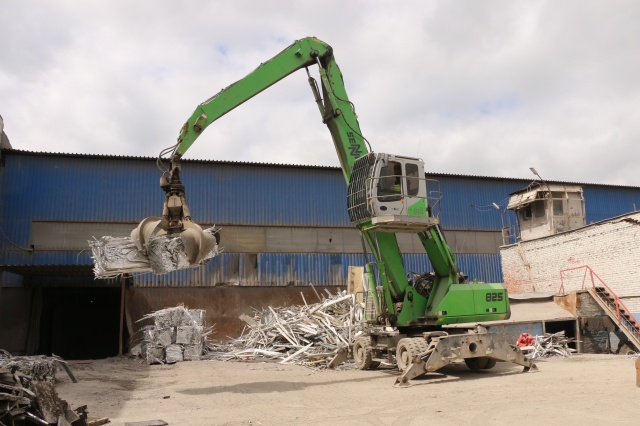 The JSC Aluminium Alloys plant is located in Podolsk near Moscow and is home to one of Russia's leading aluminium producers. About a third to a half of the company's production is exported to Asian countries, America and Mexico. The raw material is used to produce profiles for aluminium frameworks, special tools and even engines. The company has continuously updated its production technologies and equipment installing a new rotary kiln system, for slag processing, as well as new transport and logistics machinery. The company also now operates three Sennebogen 825 D-Series material handlers, with the third going into operation in spring 2019.

Andrei Frolushkin, head of transport, said: “One of the most important factors in the choice of Sennebogen machines was the absence of electronics, which simply could not withstand the working conditions in the factory. Sennebogen is one of the few companies that still offer electronically reduced material handlers.” Another factor that influenced the choice of machine is the plant's infrastructure. The plant was built during the Soviet era meaning that all passages are low with masts and pipes, but the small and manoeuvrable Sennebogen 825 has proved to be ideal solution.