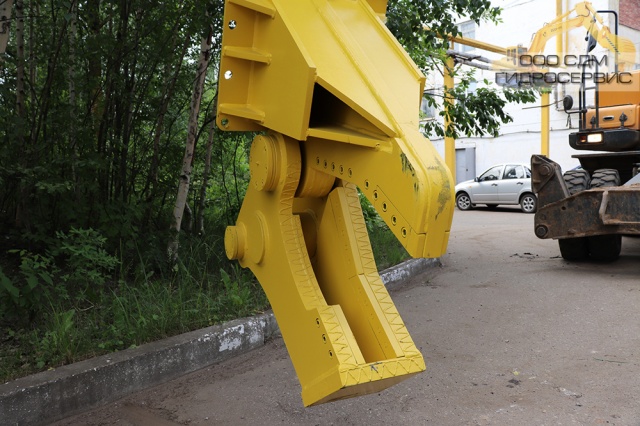 By inventing mobile the scrap shear in the late 1970s, Roy Labounty transformed the metal and concrete processing industry. Now, forty years on, any attachment manufacturer worth its salt considers its scrap shear to be a staple item of its product portfolio. PDi’s Andrei Bushmarin presents the latest releases from scrap shear suppliers.

Demarec to extend the DXS range

Featuring the ‘DemaPower 2.0’ proprietary cylinder technology, the DXS rotatable scrap shears from Netherlands based Demarec boasts excellent power to speed ratio. According to the Dutch manufacturer, the DXS attachments ensure a performance equivalent to that of a shear two sizes up due to a combination of the DemaPower 2.0 cylinder with four pressure chambers and a double acting speed valve. The shears can be used for a variety of tasks including demolition, scrap processing and tyre recycling. Thanks to an offset apex jaw design, cutting already begins during the compression of the material being processed. Other trademark features include the exchangeable piercing tip, three times indexable blades, 360° rotation, the blade locking system - ‘BLS’ - in the upper and lower jaws and the shear arm guiding system, ‘SGS’. The DXS range currently includes four models: the DXS-40, DXS-50, DXS-60 and DXS-70 fitting 18t to 80t excavators. Another two models - the DXS-80 and DXS-90 - are now in the pipeline, with launch scheduled for next year.

Another Dutch player, Rotar, will be launching two new scrap shears in the spring of 2022. With a weight of 1,250kg, the smaller model is designed for 14t to 20t carriers. According to Rotar, the shear boasts an unmatched strength to weight ratio that the company states will make it a market leader within its weight class. Another model slated for launch next year is the RSS 100 X. A heavy duty version of Rotar’s proven RSS 100 shear, the RSS 100 X offers some 300t cutting power on the tip, which is said to set a new standard in the 8t to 10t class.

Based in the city of Yaroslavl, some 250km northeast of Moscow, Gidrozub is one of Russia’s precious few manufacturers that specialises in making excavator attachments for demolition and recycling applications. Having started out in 2003 as a sales and maintenance company for the construction and road building industries, Gidrozub switched over to manufacturing attachments in 2009. As a manufacturer, Gidrozub prioritises design simplicity and reliability. Gidrozub’s MN series of mechanic shears includes three models, the MN-20, MN-30 and MN-40, suitable for 18t to 48t excavators. The jaw construction and opening of 43cm to 63cm allow for a good grip on the structure being cut, thus maximising the efficiency of operation. The two or four times (depending on the model) indexable blades are made of wear resistant steel. For small sized jobs, the Russian manufacturer recommends using the MN-20 shear installed on a 20t to 25t machine. For heavy duty applications, the larger MN-30 and MN-40 models are the advised option.