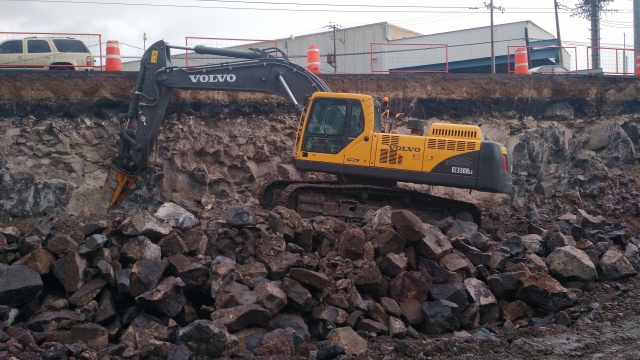 Indeco Mexico has sold ten hammers in six months to Volvo dealer Ascendum. Its first order was for three HP 7500s (the American equivalent of HP 4000) for CODESA, a construction company in Querétaro, 200km north of Mexico City.

The project involved building a 700m long vehicle bridge with a maximum height of 7m, with the excavation and removal of approximately 14,000 m3 of basalt. The bridge is located in Querétaro on the road to Celaya, known to locals as ‘colonia Balvanera’, hence the name ‘Balvanera Bridge’. The project involved two critical issues as it was so close to the city, meaning no explosives could be used even though the basalt was particularly hard. Additionally there was a need to complete the job quickly so that the road could be opened up to traffic as soon as possible. The first three hammers proved to be a great hit, so the company purchased another seven Indeco hammers, five HP 7500s (HP 4000 in Europe) and two HP 8000s (HP 5000 in Europe).