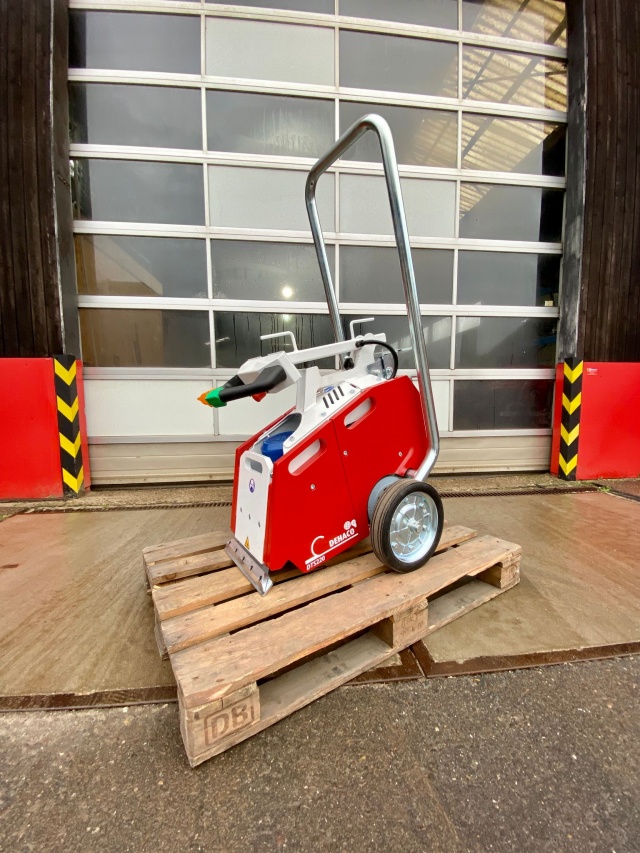 The company states that it pulled out all the stops developing its latest model with the development process having no less than three prototypes in order to create the optimal machine, the brand new DTS220.

The development goal was to create a machine with the existing features of the DTS170, but more powerful and more manoeuvrable. The result of months of development is a machine that performs optimally in renovation and demolition work, being a lot heavier than the other models in the DTS series, which provides better performance in the aforementioned applications. In addition, work has also been done on improving ease of operation with the ballast weights being able to be dismantled more quickly. However, the company states that what really sets this stripper apart from other models is its high levels of manoeuvrability, as each wheel is driven separately. This ensures that the machine can even turn around on its own axis making it ideal for use in compact spaces.

The first example was delivered in company colours to a customer that has been closely involved in the product development, namely Aannemingsbedrijf Zuidhoek from Voorhout (Netherlands).