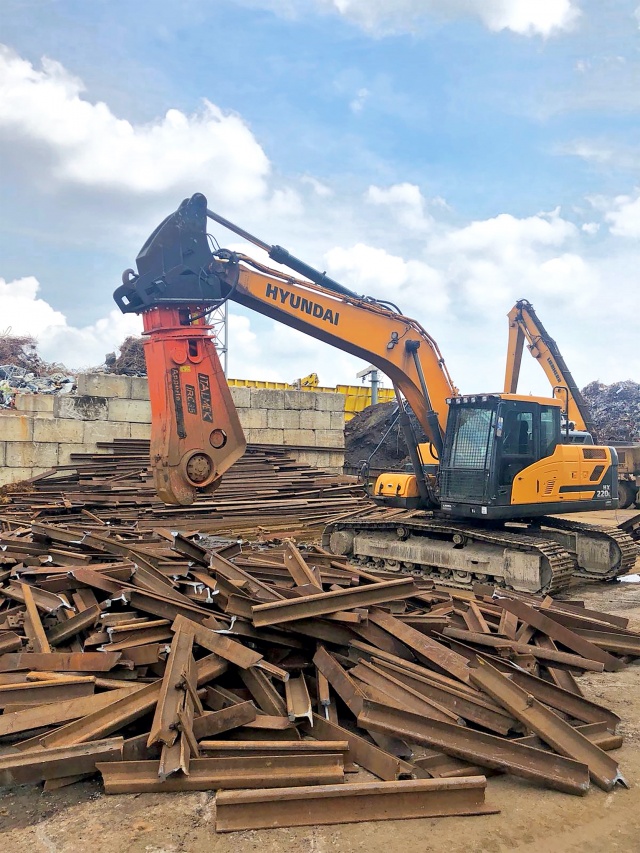 The only heavy duty rail cutter on the market

Developed by Italmek in Lombardy, Northern Italy, the iRC35 rail cutter has been designed for professional use heavy duty use. It is built to last and tough enough to master the breaking of large rails on a daily basis.

“Six years ago, we decided to put our 60 years of steel shear design and manufacturing at use for the need of our best customers. The time had come to finally develop our first rail cutter. Our goal was build it to last longer than any other rail cutter and build it to perform like no other product on the market,” says Marco Bodei, managing director of Italmek.

“It was time to innovate a product, which has long been offered by competitors far from satisfactory to the needs of users. We put into practice a different concept that leads to ‘effective strength’ which makes our cutter far superior to the other products available in the market. Its toughness is due to the combination of a structure wholly made out of Hardox and Strenx,” adds Marco.

All steel types used in the manufacture of the rail cutter are applied in impressive thicknesses, together with some technical solutions that allow the significant reduction of any shock the attachment undergoes during the rail cutting/breaking process. “When an experienced user sees the iRC35 for the first time, the first impression gained is that of a solid and massive appearance; that is what is heard from the rail cutter users. As soon as he (the operator) sees it in action, he is impressed by the ease the iRC35 is breaking the rails,” says Marco.

Additionally, upon breaking, the fragments simply fall onto the ground. This means that they are not dangerously ‘blown away’ in all directions. At the same time the typical ‘deafening’ noise of a metallic explosion is replaced by a dull noise that can be heard only from close range. “It becomes immediately evident that this new cutter has a great and long working life ahead of it. It seems credible, also for the intensive use requested by industrial work. The feed-back from eye witnesses at various testing yards confirms the overall outstanding performance. This rail cutter positively surprised high skilled and experienced operators around Europe,” said Marco. “The great working speed is accompanied by a high effectiveness in breaking, even when dealing with larger rails; each time you close its mouth, it makes a cut and does not transmit any noise or vibration in the cabin.”

The latter feature is very important for those who care about the well-being of their operators, but also care about the proper functioning of their excavator, which was another important design feature from the outset. This was achieved thanks to a combination of factors, not least the development of a special regenerative valve with a much higher multiplication factor than standard being equipped with devices that absorb hydraulic kickbacks.

Italmek reports that the entire project and the resulting iRC35 have been very successfully received. There are now several iRC35 rail cutters that have been working for at least three years (real working time, cumulative, recorded) without reporting any structural issues, and have been subject to scheduled maintenance only. The equipment is duly surveyed and the data collection is continuously updated. On average, the iRC35’s have been cutting 60-65kg/m rails (60E, 136RE, R65, AS68), in pieces of 1.5m in length, working nine to ten hours each day, five days per week, which means that the iRC35 can cut from 2,300t to 2,600t in a month. The Italmek iRC35 rail cutter can cut railway train rails of all dimensions, and weighs approximately 3.4t without an adapter plate.