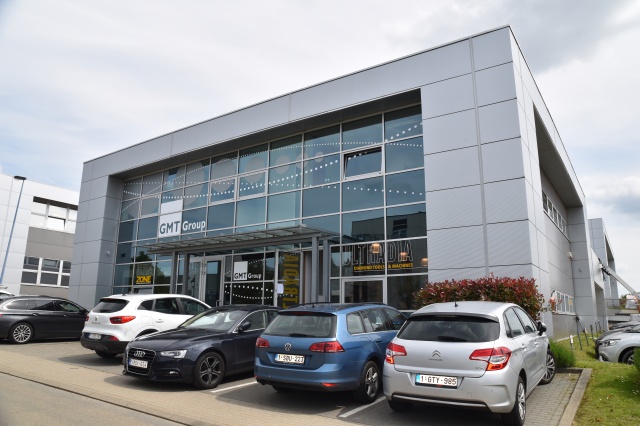 Based in Mont-Saint-Guibert, Belgium, Ultradia is a trading arm of Carbodiam and JFC Group, a world leading manufacturer of diamond consumables for professional sawers and drillers. According to Enrico Mariotti, Carbodiam’s export sales director and a concrete sawing industry stalwart, Ultradia’s successful business model sets the pace for the entire Group to follow. Andrei Bushmarin reports.

At first glance, Belgium might seem a small market for diamond tools size wise, but on a ‘per capita’ basis, it is one of the biggest and most lucrative in Europe. Geographically, the country enjoys an advantageous position in the middle of the continent, which allows Belgian suppliers to provide goods and services for their domestic and international customers rapidly and efficiently. Located at a crossroads of the two big highways that reach into all corners of the country and only a half hour drive from Brussels, Ultradia could not wish for a better location.

Concrete sawing and grinding is not something they can teach you at school, is it? It is a trade, which one usually learns along the way. Eric Simon, who has been with Ultradia since 1997, began his career as a secondary school teacher. Having dedicated seven years of his life to educating young people, Eric went on to work for a Belgian engineering company as a salesman and technical consultant. This job saw him travel all over Africa, the Middle East and Europe. When he was invited to join the newly established Ultradia, he considered this employment to be a ‘curious challenge’ that would only last for a short while. But the industry’s ways are such that 22 years on Eric Simon is still there, now managing the company. Over the years, he has learnt pretty much everything there was to learn about the diamond tooling trade, in particular the grinding and polishing side of it. Today Eric Simon sits on the board of the CSTC (national technical and scientific centre for construction), advising industry players on the latest concrete cutting and surface preparation solutions.

Surface preparation is a growing business in the Benelux

Founded 25 years ago, Ultradia has come a long way since its early days. The company was among the first in the domestic market that recognized the potential of surface preparation and began zooming in on it. At that time concrete grinding and polishing machinery was very hard to come by. Ultradia plunged ahead fearlessly and in 2004 established a long standing partnership with Italy based surface prep specialist Klindex, which continues to this day. And time proved that it was the right move to make. Eric Simon, whose knowledge of the Benelux market is second to none, points out that in the past few years the industry’s landscape has been changing, with surface preparation techniques increasingly coming to the forefront. That said conventional machinery and diamond tooling such as Weka drilling systems (that Ultradia has been selling and servicing since 1998) are still popular with local contractors.

The lack of young professionals is a universal problem in the concrete sawing and demolition industries as youngsters, sadly, tend to go for less-hands on professions these days. Ultradia, however, is very fortunate in this sense: it has a vibrant 11 person team, most of who are in their 30s or younger. Frank Vanhoutte, Ultradia’s sales manager is probably the most telling example of the industry’s ‘new blood’. Now aged 38, he had been a professional concrete cutter with four years field experience before he joined Ultradia’s sales force.

For many years now, Ultradia has been following an in house business model that combines direct sales to end users with trading through a selected number of trusted distributors. This strategy proved very successful in the Belgian market, establishing a positive example for the group’s other business units. Online sales are another side of the business that the Belgian company is now actively developing. Regarding this purpose, it has recently launched a new website featuring an online store, which is said to be gathering traction with buyers.

The ‘Incisor’ is back!

Since its launch back in 2001, the ‘Incisor’ diamond blade has won the hearts of many a concrete cutter all over the globe. Pricey but extremely productive, the Incisor with its aggressively sleek design remained a Carbodiam signature product for well over a decade. Ironically, the Incisor’s success became the very reason for its downfall when too many less than scrupulous competitors began to copy the blade’s design, while failing to ensure the same characteristics. To preserve the brand’s reputation, Carbodiam had to pull the model from the market in 2013. However, it did not take long for customers to start pestering the manufacturer with requests to bring the Incisor back in to the game. Carbodiam eventually relented, and in early 2019 developed a new generation of the famous blade. The Incisor Generation 2 featuring the familiar segment design will come wrapped up in a brand new packaging. The launch is slated for the second half of the year.