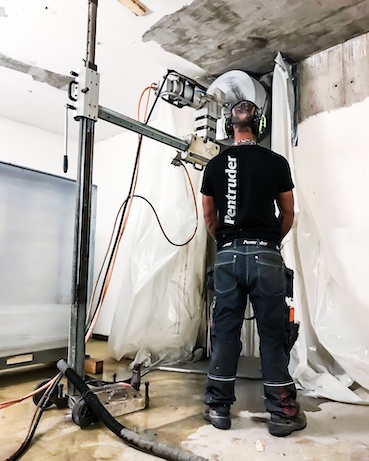 What is the revenue of the global concrete cutting market actually worth?

It is tough to put final number on the total revenue of the global concrete cutting industry, mostly because it is very difficult to collect the numbers, but for 2018, PDi has given it a go.

Every year in PDi issue 6 we attempt to make an estimation of the revenues for the global concrete sawing and drilling industry based on the activities of the member countries in the IACDS.  We have compiled a table showing the figures for each country, with the table itself having been prepared by the IACDS. This has not been done for the last five years, with PDi itself having prepared an estimate based on some old figures, some new figures and through our contacts in the industry.

When IACDS held its convention in Japan this year, the current market situation was discussed among the participants during the meeting. No exact figures providing an update to the table were given, but there was some valuable information about the market situation revealed. We  also received some recent information that further updates the picture which we are happy to publish. It is also worth mentioning that the table shown on this spread has not been updated for all countries, so please read carefully the text paying attention to the date when the information was given.

IACDS has currently 23 members, comprising of seven association members, 11 suppliers, three single contractors and one press (PDi). It was discussed at the IACDS meeting that a rumour had been heard that the association in New Zealand was about to merge with the association in Australia. This is an open question, and we would be delighted to know if there is some truth in the rumour. Julie White also pointed out at the IACDS meeting that discussions about membership are taking place with China, Australia, Denmark and Russia.

From Australia, the president of the Australian Concrete Sawing & Drilling, CSDAA, Jason Franken has provided updated information, with the current situation in the country being satisfactory. Jason says that infrastructure and tunnel projects are being completed in Melbourne and Sydney on an unprecedented level. However, construction work, including sawing and drilling, has seen contractors struggling to meet requirements. He believes that turnover and profits for concrete cutters for the next five years will increase each year. The CSDAA will hold its annual meeting and Tech Fair on 1 November, 2019 at Mooloolaba, Queensland for three days. Jason says that concrete cutters around the world are invited to attend, and further promises there will be no crocodiles, only sharks (!) and good surf. Updated revenue figures for Australia can be read in the table.

When it comes to Australia’s neighbour New Zealand, PDi has very little news from the association, New Zealand Concrete Sawing & Drilling Association, NZCSDA. According to its website - www.nzcsda.co.nz - there are 34 members and the association’s office is located in North Harbour, Auckland. There is no information about who is the current president of the association; however, there is contact information on the website and PDi hopes to come back with an update on the situation there during 2019.

The Austrian association is reporting that the concrete cutting market is currently very good with a lot of work. Next year is expected to be even better.

Hans-Jörg Wagener from the German association says that the market is currently particularly buoyant. The rates on numerous jobs have increased, with no signs of recession. The association now employs three people, and has an annual budget of €600,000, to service the requirements of its 600 members, with dust, and in particular silica dust, now considered to be a big issue in the country. Additionally, a new concrete cutting museum is to be opened in Hamm. Updated figures for Germany can be found in the table. The association is also organising its own trade fair bi-annually, with the next show being in 2020.

Sweden has also reported a current thriving environment. However jobs rates have decreased due to several ‘fortune seekers’ active in the market. Also affecting market conditions has been the Parliamentary elections which were held in September. The country now has a difficult parliamentary situation with no new government at the moment in place. The Swedish demolition and concrete cutting contractors have merged into one association, with this arrangement reportedly working well, with 101 members coming from concrete cutting. Over the years, the association in Sweden has had many members, and was once the third biggest association worldwide. Currently numbers have not increased at the same rates and several other national associations have caught up, and in some cases surpassed Sweden, which is now in fifth place position along with the UK.

In the US, the economy is improving, with one major issue being finding competent workers, with one solution being the recruitment of retired armed forces veterans. €1.3B (approx.) has been set aside for renovation and infrastructural projects, which will create a number of new jobs. Today the CSDA has 530 members including suppliers, meaning that although the association now has good membership levels again, it did report that it has become expensive for contractors and manufacturers to adapt to the silica rules in the country. In Canada, the concrete cutting industry is booming in the western parts of the country, although, and as in the US, it is proving hard to find skilled staff, with skilled cutters being at a premium. Figures in the table have not been updated though as current turnover has not been confirmed.

Austria is booming, with job rates increasing, with the major problem again being the lack of experienced staff (at the meeting the IACDS reached out and urged Austria to become a member of the association again). SNED from France reported that it believes business will return to good levels, with a great deal of work being undertaken in the Paris area, with several new projects in 2018 and 19. As in many other countries, staffing is proving challenging, with the shortage of trained workers leading to many unqualified operatives being used on projects. Unfortunately updated figures for Austria and France have not been provided.

The United Kingdom is another country experiencing good market conditions, performing far better than expected despite Brexit. The market has seen a number of acquisitions, with a reliance on a largely eastern European workforce particularly the London area.  This has led to instability, as the workforce tends to move from one company to another as jobs start and finish. The association has today 98 members, an increase of some 10% over the last year. Updated figures can be found in the table.

The market in Switzerland is not actually booming but is still good. There are 110 members in the association, and about 400 in total for the whole country, which is very good considering the size of the Swiss market. Of particular interest is the fact that the Swiss association now offers a three year long training programme for concrete cutters. The Spanish market continues to grow as more construction projects are undertaken with the Spanish concrete cutting association now having some 20 members. Updated figures are in the table for these two markets.

The Japanese association has 50 members, which includes 34 contractors and 16 suppliers, releasing its own magazine twice a year. The association holds 10 meetings annually with a focus of the association on all forms of concrete cutting, including core drilling, wall sawing, flat sawing, road sawing and wire sawing. Safety is given a high priority, although training is not, but those contractors that train staff do receive a specific certification.

In recent years Japan has suffered several natural catastrophes, with a recent large Tsunami on the east coast resulting in the collapse of the Fukushima nuclear power plant. The Tsunami caused 16,000 fatalities, and there are still 25,000 people missing. How to demolish the Fukushima plant is currently being investigated, but as yet nothing has been decided on. It is estimated that it will take up to 40 years to re-establish the nuclear plant.

Japan is quite a long country, over 3000km, and a large number of building and infrastructural constructions are aging and are in need of renovation. Most Japanese bridges were built in the 1950s and 60s, and are in a need of repair, with there being over 700,000 bridges in Japan. As of today, the renovation work has not yet really begun, thus the association is expecting quite a lot of work in the coming years. Providing added impetus is that in 2019 the rugby world cup will be held in the country, and in 2020 Japan will be holding the Olympic games in Tokyo, meaning that a great deal of infrastructure preparation for these games will be undertaken, benefitting members of the association. During 2018 some €125B (approx.)  was to be spent on public works, with €657 (approx.) being set to be invested in government and private construction projects by the end of 2020. This effectively means that the Japanese market is about to boom, but as with many other countries, the recruitment of experienced staff is proving to be problematic. Updated figures can be found in the table.

More up to date market reports in the future

In terms of the other markets in the table, such as Brazil, China, Czech Republic, Denmark, India, Ireland, Italy, Korea, the Netherlands, Poland, Portugal, Russia, Thailand and Turkey, we have no new information at all. Besides these markets, there are several other countries that we know have a very well functioning concrete sawing and drilling industry, including Finland, Norway, Romania, Argentina, Morocco and Israel, just to mention a few. PDi will, hopefully in cooperation with IACDS, invest time, starting from 2019, to annually provide a correct and up to date table that includes figures showing the number of contractors and their total revenues.