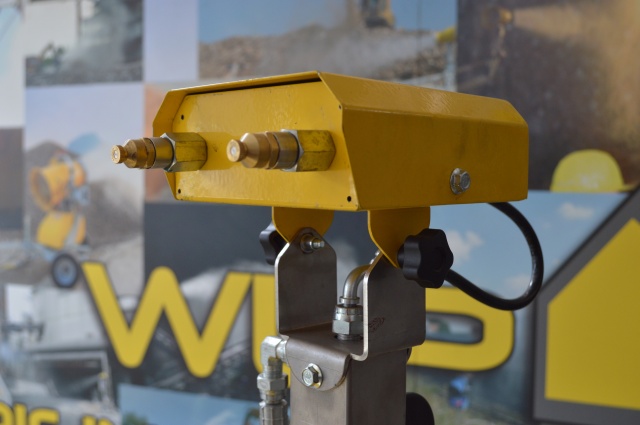 We all now live in a changed reality. This new reality reminds of a Hollywood horror movie come true. Covid-19 became the proverbial ‘black swan’ that effectively shut down the global economy, closed the borders and sent entire nations into lockdown. In Europe, Italy was initially the worst affected country. Despite unprecedented measures the Italian government has taken to curb the spread of coronavirus, the death toll keeps climbing, albeit now at a decreasing rate. WLP s.r.l., a dust control specialist based in Northern Italy, is doing its bit to combat the pandemic by offering a decontamination system that can considerably reduce the diffusion of the virus.

With severe lockdown measures in place, only businesses that have been classified as ‘essential’ are allowed to continue operating in Italy. WLP, a trendsetter in dust and odour control technology, has been granted such a status, not least thanks to its NCA (No Contaminated Area) remediation systems.

WLP began to design and build decontamination systems some four years ago, following a 6.2 Richter scale earthquake in central Italy on 24 August 2016. A great deal of livestock was killed by collapsing stables, causing a real threat of an epidemic. The situation was quickly resolved at the time, but it did prompt the WLP engineering team to look into decontamination issues. Two years later the Italian manufacturer came up with a solution called NCA, ‘No Contaminated Area’. Designed to hinder the proliferation of dangerous bacteria with the aid of non-toxic additives, a self-contained NCA system consists of an electric generator set, a large volume tank with decontamination solution and a spraying cannon or nebulizer. Thanks to the on board electronics and a radio controlled unit, the system can be operated in remote mode, which drastically reduces the risk of the operator being infected. Complete autonomy and the ability to treat large areas are further benefits of the WLP solution.

Currently, the global situation is nothing short of a sci-fi disaster movie. In circumstances like these, the intervention of a higher force seems to be required. WLP has not only remained fully operational throughout the crisis, but in fact, has increased the production of decontamination systems. This has enabled the company to respond to the universal need for sanitising indoor environments such as offices, warehouses and manufacturing facilities by designing a brand new machine. Named ‘ET’, which stands both for ‘Extreme Treatment’ and ‘Extra Terrestrial’ (thanks to its somewhat outlandish design), this mobile system features a 70l tank with sanitising liquid, permitting an average run time of three hours. Also, the ET is equipped with a remote control unit, which allows users to operate it from a safe distance. As the coronavirus crisis worsens, demand for this machine is said to be growing exponentially worldwide. Within a space of just two weeks, WLP has supplied over 60 units to France, the UK, Malta, Egypt and Thailand.