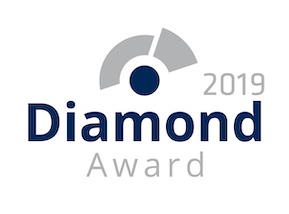 It will soon be awards season in the world of entertainment with the glitz and the glamour of ceremonies such as the Oscars all set to capture headlines around the globe.

Something I’ve asked myself over many years is why we always put stars of sport, film and music and other forms of art and entertainment on such a pedestal, and yet the heroes of business very often go uncelebrated. We honour singers, actors and sports stars, but where is the love for our finest business people, especially those specialist contractors who come up with amazing solutions every single day of the year?

A few years ago, I decided to change that in my business, and the effect has been very positive.  I am now making a plea to the rest of you in the industry: don’t be shy! There’s often a feeling among companies that putting yourself up for an award is somehow being flashy or seeking the spotlight for the wrong reasons. When there are contracts to win, staff to manage, train and pay, why would anyone take time out to start putting themselves forward for awards? And that is, ultimately, the question – why do it? What value is there in putting yourself forward? What if you don’t win?

Since I took over at D-Drill, our first major award was a Diamond Award in 2011 which acknowledged an amazing piece of wire sawing at a UK hospital to save ceramic artwork that would have been lost without the innovation of our team. Can I honestly say we went on to win a stream of orders because of that win? Of course not. But the morale boost it gave to the team was amazing. Added to that, being an international award winner was a great addition to our marketing and sales pitches. It certainly adds credibility to everything you say about your own business.

We also won a Specialist Award at an event run by the largest construction trade magazine in the UK, which was great PR for us in front of our peers and potential clients. Not long afterwards, I put myself forward for the title of ‘Businesswoman of the Year’ in the UK and won it. Again, my reason for applying for the award was not to gain personal glory, but that it was good for my business. Of course, anyone who knows me will know that I enjoyed the whole experience, and it has led to national media appearances, including being a panellist on a UK current affairs TV show, raising the profile of our industry. How else could I have coined the phrase ‘concrete cutting is sexy’ on national TV? I even won a lifetime achievement award recently and I certainly don’t feel old, or dead for that matter!

So what were the tangible benefits? I’ll give you one very solid example. I’d desperately been trying to speak to a major contractor who we were keen to work with but it was proving tough. However, when I attended an event where the company’s chief executive officer was speaking, it was he that made a beeline for me during the coffee break having seen me on TV. This presented a chance for me to tell him all about my business and what we could do for him. That wouldn’t have happened if I’d have hidden my light under a bushel, or said we were too busy to be entering awards.

You have to also remember that this was at a time when we were just emerging from recession, and it might have been seen as frivolous to be going for awards. However, I saw it as the chance to celebrate everything that’s good about our industry at a time when businesses had been struggling. Also, if we want to recruit the next generation of people, don’t we have a duty to say what a fantastic industry we work in and that you too can be celebrated just like a sportsperson or entertainer?

If you want to find more information or to find out how to enter, you can visit the website:  http://www.iacds.org/diamondaward/diamond-award-2019. All entries must be in before the end of January 2019 – good luck!