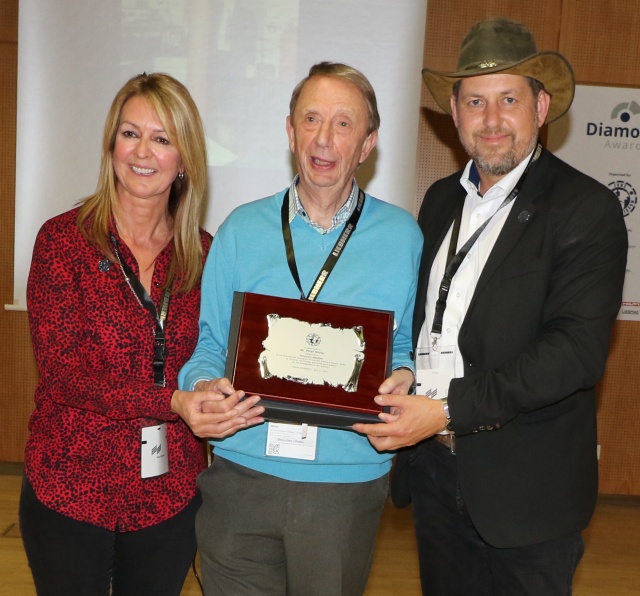 Words from the past IACDS President:‘I did it my way’

And now, the end is near…so, this is my final column as president of the IACDS.

It’s been an amazing four years, and I have thoroughly enjoyed it. I am proud of what we have achieved, and look forward to working on the board as a past president. We will have a very strong and safe pair of hands in Michael, although I am not sure whether I should take his comment about my footsteps being like those of a grizzly bear as a compliment or not!

As all of you already know, I am a big believer in this industry, and I am a passionate advocate of this association, with the past four years making my belief even stronger. When I took on the role, I wanted to inject my own personality into the IACDS. In my very first column, I referenced the role my dad played in the association, so I had both personal and professional reasons for wanting to make a success of being president.

It was important to me, and to all of us, that we attracted more associations and companies from around the world. Some, maybe, hadn’t really understood the benefits of being part of this global network, and it was our job to show them why it was worth getting involved. I believe the industry has evolved to the point where companies will not give up their hard earned money and time unless they can see very real and tangible benefits to their business; that’s something that has changed even more rapidly in recent years.

If we work as one though, we don’t need to reinvent the wheel. One country might face an issue which gets solved, and then another country might face it a couple of years down the line. Rather than starting again and coming up with a solution, we can follow what has already been done to save time and money.

We have drafted in new blood and have grown our reach into new territories, bringing more contractors and suppliers together. There has been a dramatic rise in the number of entries for the Diamond Awards, with more companies from more countries showcasing their amazing work from all over the world.

One matter that has been talked about at length is a global accreditation to align standards and to help those nations that don’t have the same guidelines for construction that many others do. We are not there yet, but we have made dramatic progress on this over the past four years, which is something I am extremely pleased to have been part of.

I have achieved what I set out to achieve in seeing numbers grow and a renewed energy and vigour about the association. As I said at the beginning, I will be staying on the board to support the new president. So unlike the UK in Europe, I will be remaining, and will be only too happy to serve our new German president!

Seriously, Michael has been a big help to me over the past few years, like so many of you have, and it’s been a real team effort to move the IACDS forward in the way we have.  I will be pleased and proud to support the continued effort to keep moving forward, and I am sure you would all agree that during my time as president of this fantastic international association, I did it ‘my way…’